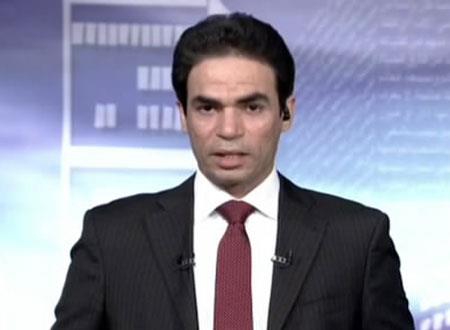 The interim president’s media adviser and political adviser are making calls for national reconciliation, the former said in a press conference on Tuesday.

Presidential media adviser Ahmed El-Moslimany said he expects most Islamist parties to take part in the reconciliation, including the Muslim Brotherhood.

“We do not want one current to hold a grudge against another, and we do not want to ambush another current,” El-Moslimany said.

The media adviser added that the reconciliation’s ethical framework has already been suggested to the presidency, with “openness for everyone for the sake of reconciliation.”

El-Moslimany said Egypt has been through three phases prompting “violent” political changes, starting with ousted president Hosni Mubarak’s grooming of his son Gamal for the presidency, which had “disturbed” the country’s political life.

The second phase, he said, came during the military-led transitional period following the January 25th Revolution, which witnessed “political division and a lack of social harmony.”

The final phase came with the rule of former president Mohamed Morsi, where he said Morsi’s political affiliations had caused sharp political and social polarisation.

Egypt is currently carrying the inheritance of the three phases, adding that the point of the reconciliation is to learn how to live while disagreeing with each other.

El-Moslimany said he is hoping that reconciliation will achieve civil peace, “the highest level of social consensus.”

El-Moslimany had said on Monday that the reconciliation requires “sincerity and clear intentions.”

Responding to a question about the meeting between US Deputy Secretary of State William Burns and interim president Adly Mansour, El-Moslimany said Egypt considers its relationship with the United States very important. “But I would like to state clearly, honestly and categorically that no one comes to visit us to force conditions, and we do not accept conditions from anyone,” he said.

“To those who think that the Egyptian state is weak: it is not,” he added, having previously referred to “outside pressures” on Egypt.

El-Moslimany also announced in the conference that Essam Heggy had been appointed as presidential adviser for scientific affairs. Heggy is a planetary scientist in the Radar Science Group at NASA.