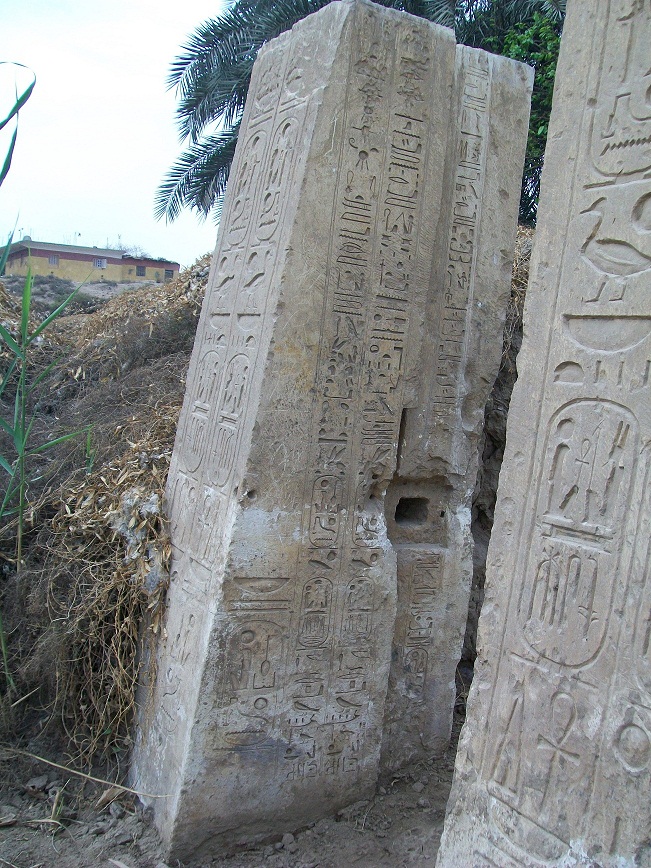 The Gate of Ramsis IX of the Ramesside Temple of Ra in Arab Al-Hisn in Ancient Heliopolis, Cairo was set ablaze in the early hours of Wednesday.

Archaeologist Monica Hanna said as a result of the fire, “the inscriptions are in very bad condition.” She believes that “thugs” are behind the fire, ones who wish to seize the land on which the ancient temple lies, calling this part of a “systematic campaign.”

Spokesperson inside the Supreme Council for Antiquities Hassan Saad-Allah said there is no confirmed information at this point, adding that the extent of the damage of  the fire or whether it was inside or outside the ancient area are yet to be known.

A source inside the Supreme Council for Antiquities said the council has ordered the formation of a committee to look into the extent of the damage caused by the fire. The council could not give any further information until the committee reaches its findings.

Hanna led a campaign on Sunday to clean up the ancient site of garbage that had been dumped there, and has also recently launched a campaign called Egypt’s Heritage Task Force. She said it is a crisis management team to keep an eye on ancient sites during time of protests which are seen as an opportunity to damage such sites.

In an article by Hanna for the Daily News Egypt last week, she said that there have been previous attempts to break another gate at the site, that of Ramses II, as well as attempts to burn the site. Hanna cited the lack of sufficient security for the incursions into and seizure of edges of the site, suggesting that it should be turned into a touristic attraction.

In late May, a 15 year old Chinese tourist had scratched graffiti in the Temple of Luxor, sparking outrage.