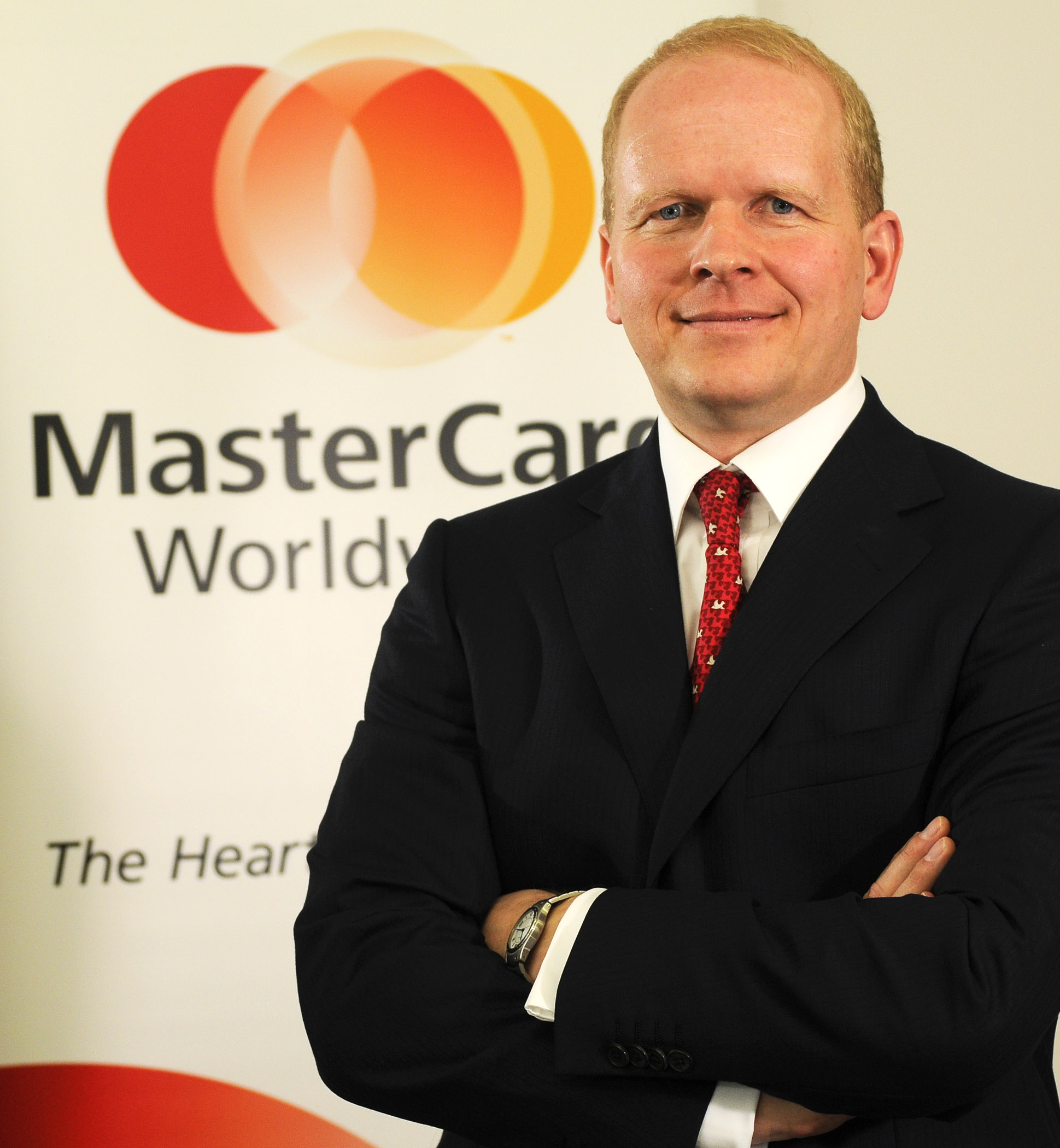 Mastercard Inc. continues to see massive potential in the Egyptian market despite ongoing macroeconomic hurdles which have reshaped clients’ preferences in the company’s services.

“The shape of our business has changed, but there are no contractions,” MasterCard’s President of the Middle East and Africa Michael Miebach said in an interview on Monday. Citing the decline in tourism as an example of Egypt’s myriad of economic challenges, Miebach also noted that “there are more and more domestic drivers, and this is a fundamentally positive change.”

Miebach spoke to Daily News Egypt on the sidelines of an event to launch Flous, the first-ever Arabic mobile payment wallet, in cooperation with the National Bank of Egypt and mobile-phone provider Etisalat. “General personal consumption continues to rise, and people continue to spend more,” he said.

Miebach explained that consumer spending in the region’s most populous country is “still relatively positive,” adding that although spending “varies, and [has fallen during] difficult times, [the overall trend is that] it continues to grow.”

Meanwhile, Vice President and Country Manager Magdy Hassan, said “We have a much diversified portfolio in Egypt, which fits multiple segments.” Hassan noted, however, that debit cards have been the dominant product in the Egyptian market. Local banks have put heavier restrictions on lending and cash withdrawals, creating a favourable environment for debit services.

According to the Mobile Readiness Index conducted by MasterCard, which ranks countries based on their populations’ affinity for using mobile phones for payments, Egypt came in the 30th place, outranking “many countries that were expected to have higher ranks such as Russia, Vietnam and Argentina,” Miebach said. He added that Egypt was also in the upper part of the regional scale, which he attributed to the country’s sizeable youth population.

“With about half of Egypt’s population being less than 24 years of age, this underlines the youth’s affinity to try means of electronic payments rather than paying in cash is significantly higher,” he said.

This has prompted MasterCard to choose the Egyptian market to “introduce new [products and services] and bring new solutions to the market, such as the first Arab money eco-system,” Miebach said, referring to Flous. “It’s a unique proposition that we’re bringing to the market here because it’s fully inter-operable… electronic wallets have been introduced all around the world, but it’s the first of its kind in the Egyptian market.”

Miebach added, “Looking at the degree of cash payment out there, which is globally an average of 85%, this shows that there is significant room to grow over a very long time, and at a substantial rate.”