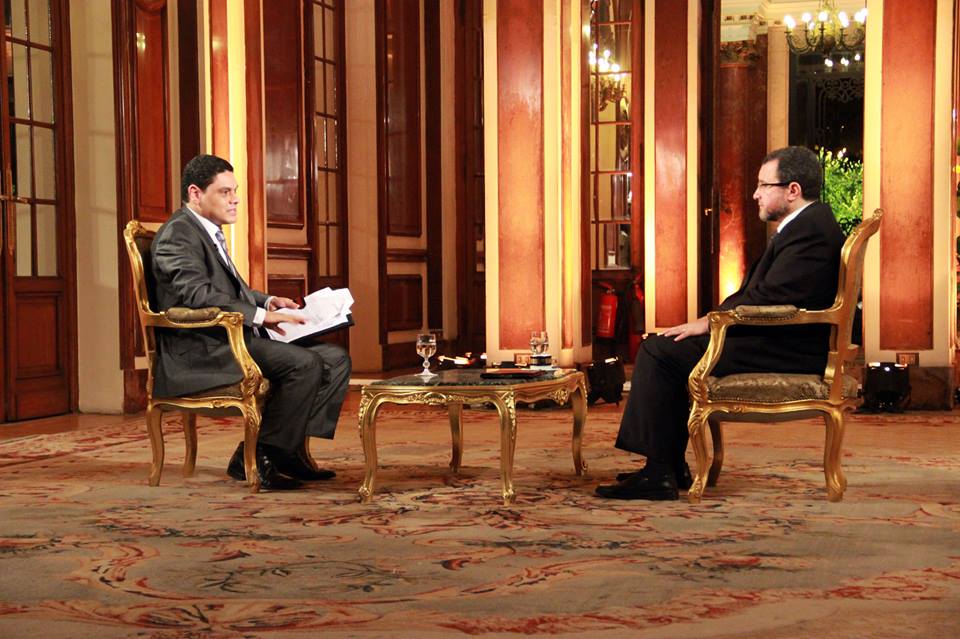 With 30 June approaching, Qandil said that the government is preparing for the planned demonstrations “by providing protection for both the protestors and public facilities.” He stressed, however, that demonstrators must keep their protests peaceful, or face the full punishment of the law.

He also added that those who managed to gather “13 to 14 million signatures [for the Tamarod campaign] can wait 3 to 4 months and usefully employ the masses they gathered [to gain the majority of seats] in the parliamentary elections.”

“Whoever tries to cheat or alter the results during the elections will be severely punished by the law,” said Qandil, emphasising the integrity of the upcoming parliamentary elections, and adding that “the government’s role is limited to logistical support for the judicial committee supervising the elections.”

When asked about last week’s reshuffle of governors, Qandil said that the move had been planned for some time. He added that the reshuffle “had to happen now, because its announcement had led to a decline in the effectiveness of some of the government officials in some governorates.”

Qandil also said that when it comes to appointing governors, ministers, and government officials in general, he had asked a number of leading opposition figures to hold office but “they refused, preferring to take charge in more stable times” and that he chooses officials “based on their loyalty and ability to work and achieve results regardless of their political affiliations.”

Concerning the Ethiopian dam crisis, Qandil said that the Ethiopian side had assured that Egypt’s share of the Nile’s water will not decrease. He emphasised that “the Egyptian government will not accept [this, either],” adding that “the government is putting its best into solving this crisis.”

When asked about the claims made by some that the Muslim Brotherhood is trying to spread its ideology through state-owned media and government control over the Ministry of Culture, Qandil said that Egyptian television has “no Brotherhood influence on it whatsoever.”

As for Qandil’s comment on the ongoing Ministry of Culture protests, he said that Egypt’s intellectuals and artists did not “give the new minister a chance to demonstrate his plan of action.” Qandil said that “simply because [the new minister] wanted to bring in some changes, he was immediately accused of trying to change Egypt’s culture into one that complies with that of the Brotherhood.”

He also added that Egypt’s soft power lies in the influence of its culture, both regionally and globally, and called on the country’s intellectuals to join him in a discussion. “Let’s talk and focus on the present and future of Egypt’s culture, its most striking soft power.”

Qandil also stated that he was the first Egyptian Prime Minister to visit the Supreme Council of Culture, adding that if anyone were to attempt to spread or glorify Brotherhood ideologies through the Ministry of Culture, the individual would be punished according to the law.

When asked about the Suez Canal, Qandil stressed that there will be “no selling of any of the territory of the Canal.” He added that amends made with investors had brought in EGP 10bn for the government, while “hoping to achieve a 3% [economic] growth this year.” Qandil underlined, “In order for democracy to be fully realised, it has to be accompanied by economic growth.”