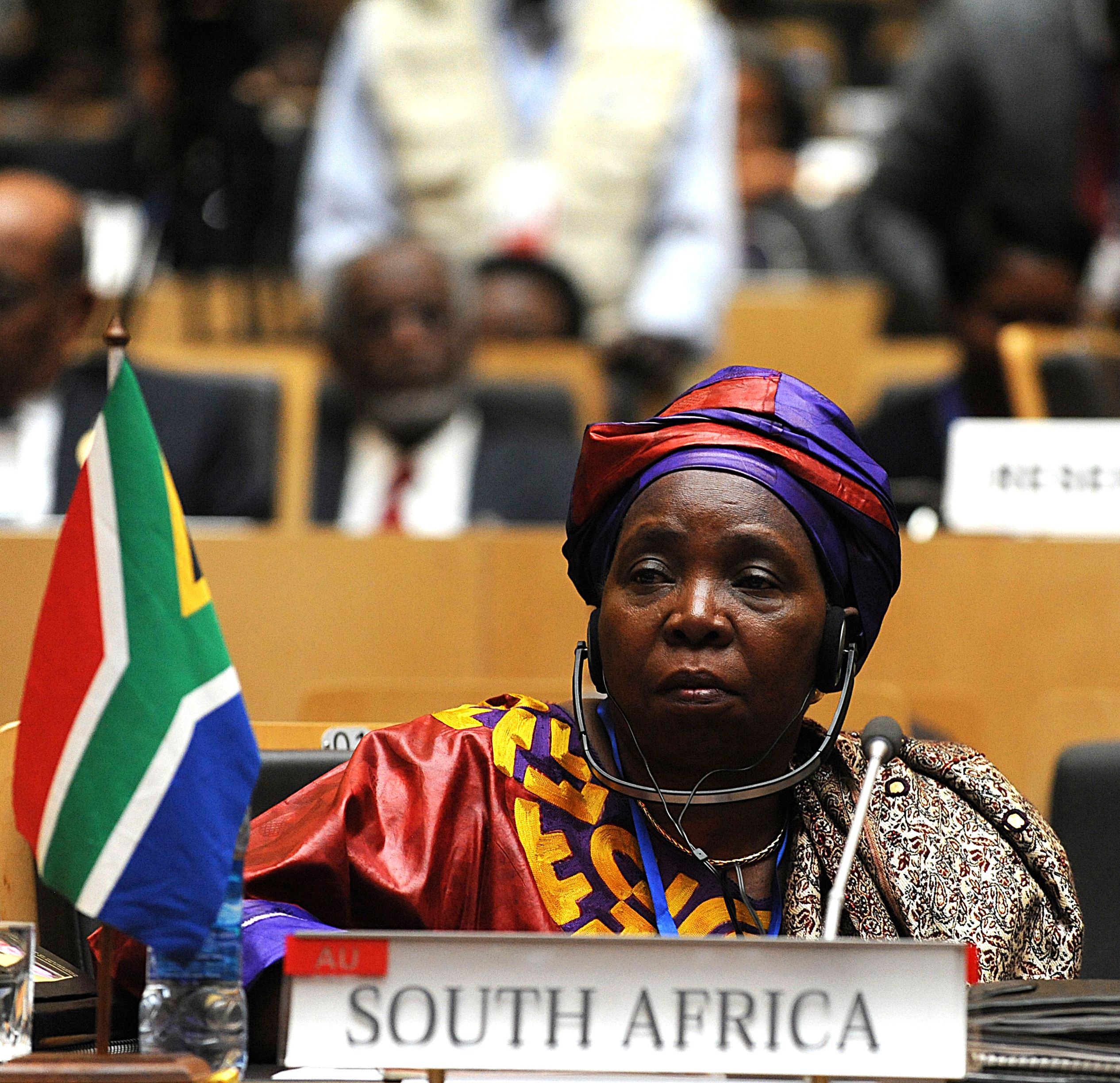 Addis Ababa (AFP) – African leaders were divided Monday over a historic vote that saw the first woman elected to head the AU Commission, with some hailing the decision as others criticised powerhouse South Africa’s tactics.

Many participants in the African Union summit appeared relieved that the six-month impasse over the continental body’s top job had finally been broken Sunday night when South Africa’s Nkosazana Dlamini-Zuma won a tightly fought vote to become the new AU Commission head.

“What I can say is well done to Africa,” Tomaz Salomao, secretary general of the Southern African Development Community, told AFP.

Kenya, which voted for Ping, conceded that the breaking of the deadlock was good for the continent, with Richard Onyonka, an assistant foreign affairs minister, calling the vote “a kind of victory for Africa because we have moved forward.”

But he said he disapproved of the bulldozing tactics employed by South Africa. “For us, it’s more like a bitter- sweet victory,” he said. “I believe this election has brought sharp divisions within the AU and it was not necessary. I’m very uncomfortable with the methods and style of South Africa. They were entitled to bring a candidate… but we felt that there was too much intimidation, arm-twisting and threats,” Onyonka complained.

Erastus Mwencha of Kenya, the sitting AU deputy chair, was voted in for another term.

Another delegate, who did not want to be identified, accused South Africa, home to the continent’s largest economy, of buying votes.

Dlamini-Zuma, 63, is a veteran of the fight against apartheid. A doctor by training, she has also served as health and foreign minister.

Voting took place at the AU summit in the Ethiopian capital Addis Ababa, where, earlier on Sunday, Rwanda and the Democratic Republic of Congo agreed to an international force to neutralise rebels in eastern DR Congo, as the AU said it was ready to send peacekeepers.

Rwandan President Paul Kagame told AFP both sides had agreed “in principle” to accept the force.

He was speaking after his first face-to-face meeting with DR Congo President Joseph Kabila since a UN report in June accused Rwanda of supporting Congolese rebels.

The two met on the sidelines of the summit, which wraps up Monday.

Rwandan and DR Congo leaders will meet again in early August to try to thrash out the details of the force — including size, mandate, nationality and deployment details — for eastern DR Congo.

UN peacekeepers already operate in the region. UN Deputy Secretary General Jan Eliasson called for an immediate end to the violence, warning that “countries of the region ought to respect the principle of non-interference.”

Dlamini-Zuma’s win follows her challenge six months ago to unseat Ping, which ended in deadlock after neither won the required two-thirds of the vote, leaving Ping in the post.

Officials said the election went to four rounds of voting before Dlamini-Zuma won 37 votes, three more than the required majority, to confirm her win over Ping.

The vote raised tensions between Africa’s French- and English-speaking countries.

South Africa also drew accusations of violating an unwritten rule that the AU top job should go to a candidate from one of the continent’s smaller countries.