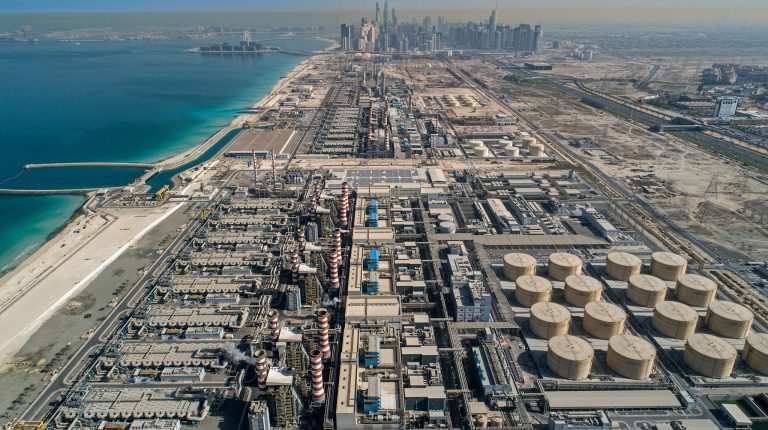 With the negative impacts of the Grand Ethiopian Renaissance Dam (GERD) on Egypt in mind, President Abdel Fattah Al-Sisi affirmed that Egypt has launched a plan since 2014 to address the water shortage crisis, warning that the per capita water use in the country is already below the international water poverty rate.

Al-Sisi said the plan includes the establishment of water treatment and desalination plants at a total cost of EGP 200bn, to address the crisis.

Daily News Egypt is trying through this report to know whether these solutions are effective and can contribute to solving the crisis.

In 2011, Ethiopia announced establishing the $4bn GERD on the Blue Nile River. It was designed to be the cornerstone of Ethiopia’s drive to become Africa’s largest energy exporter by generating 6,450MW annually.

In March 2015, the leaders of Egypt, Sudan, and Ethiopia signed an agreement committing them to reach consensus on the operation of the dam.

Since then, Egypt has been in continuous talks with Sudan and Ethiopia over the operation and filling of the dam’s reservoir to limit its effects on the downstream states, but they have not yet reached an agreement.

However, Ethiopia keeps saying that the GERD aims to produce 6,000MW of power, not to store water or harm downstream countries.

In October, Egypt’s Ministry of Irrigation announced that the trilateral talks reached “a dead end.”

“The negotiations reached a dead end as the Ethiopian side is rejecting all the proposals that take into account the interests of Egypt’s water and avoid causing serious harm to the downstream states,” the ministry said in a statement, calling for international mediation, which Ethiopia rejected initially. However, all sides agreed to hold a meeting in Washington DC, after the US President Donald Trump invited all parties, along with the World Bank.

Egypt relies on the River Nile to secure more than 95% of its water needs for drinking and irrigation. The state affirmed that it has “historic rights” to the river under the 1929 and 1959 agreements that gave Egypt 87% of the Nile’s water and assured the right of upstream countries to launch irrigation projects.

Regardless the GERD, Egypt suffers from water scarcity. “The amount of water we currently have is not enough anymore,” said Al-Sisi. “By international standards, according to the United Nations, we have entered the water poverty,” he added.

Egypt’s former minister of water resources and irrigation, Mohamed Nasr El-Din Allam, told Daily News Egypt that according to the international definition, the country enters water poverty when the per capita becomes less than 1,000 cubic metres per year.

He explained that Egypt is suffering from water deficit of 30bn cubic metres, while desalination stations can only provide 500m cubic metres.

“The population of Egypt reached about 100 million people, so the country needs about 100bn cubic metres, while it only has 80bn cubic metres from Nile, groundwater, rain, and desalination,” Allam said.

“We have a water deficit of 30bn cubic metres now, and in 2030, it will reach 80bn cubic metres, if the water resource stabilises. If the Egyptian population reached 125 million people, we will need an additional 5bn cubic metres of water for agriculture,” he added.

Al-Sisi said during an educational symposium organised by the Egyptian army, “we have been working on an integrated plan since 2014.”

“This plan will cost about EGP 200bn, of which EGP 70-100bn to be spent next year to deal with the water shortage,” the president added.

Al-Sisi pointed out that Egypt will address the water crisis through the massive construction of desalination plants.

He added that a number of stations have already been established in the areas of Al Alamein, Galala Mountain, East Port Said, Sokhna, Hurghada, Matrouh, North and South Sinai, noting that they produce 150,000 cubic metres of desalinated water per day.

“Desalination of sea water will require a lot of money,” according to Al-Sisi. “By 2037, Egypt will spend on the water crisis solutions about EGP 900bn.”

President Al-Sisi said the state has finalised a plan to stop the Nile water supply from the North Coast and the Red Sea, and to start relying on desalination in these areas.

“It is important to highlight that desalinated water can be used for drinking only, not agriculture,” Allam explained.

Meanwhile, the Ethiopian Ministry of Water, Irrigation, and Energy, Tefira Bin, said in a media statement, “Egypt proposed to release 40bn cubic metres of water annually, and even more when the water level of Aswan Dam’s reservoir is less than 165 metres above sea level. It also invited a fourth party to mediate in the talks.”

He announced that Ethiopia rejected the proposal because the construction of the dam is a matter of survival and national sovereignty.

Moreover, desalination plants are considered the hope of life for the border governorates, which suffer from many problems of water transport, whether through water vehicles or the implementation of new networks, which have many negative damages.

The deadlock of negotiations between Egypt and Ethiopia on GERD made Egyptians living in a state of anxiety over the future of their water share of the Nile, especially after official statements came out to confirm that the construction of the dam will indeed affect Egypt’s share.

Al-Sisi said recently on the sidelines of the UN general assembly held in New York that the Renaissance Dam will not be operated by imposing a fait accompli, because Egypt has no other source of water except the Nile River, pointing out that 95% of Egypt’s area is desert and any damage to water leave negative effect.

“We are responsible for the water security of our citizens,” he said.

Egypt fears that the Ethiopian dam will damage its limited share of the Nile’s water, estimated at 55.5bn cubic metres, which depends on it by more than 90% in drinking, agriculture, and industry. Cairo says Ethiopia has rejected its proposals for filling and operating the dam.

Cairo hosts the second round of GERD negotiations

We did not decide the GERD’s timeframe for filling the reservoir yet, Irrigation Ministry