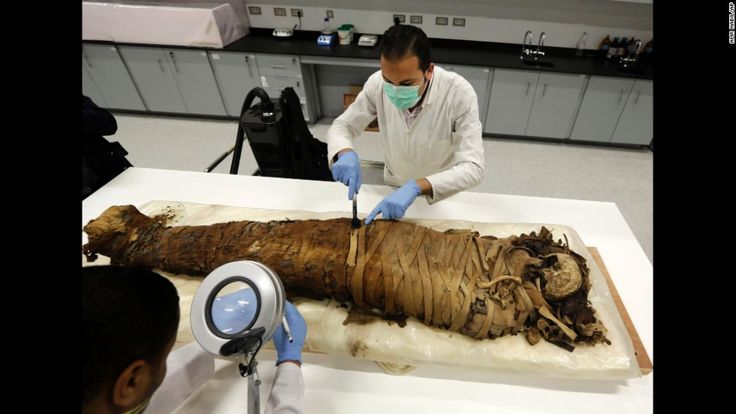 Ministry of Antiquities announced discovering a cemetery that dates back to the Late Period, with 17 mummies buried in Al-Minya, South Egypt, according to AFP. The announcement took place at a press conference Saturday morning in Tuna el-Gebel district in Al-Minya.

Minister of Antiquities, Khaled El-Anany, stated that “these shafts led to a number of corridors inside a cachette of mummies.”

The mummies are reported to be non-royal, as Kholi described the necropolis at the conference as “the first human necropolis found in central Egypt with so many mummies.”