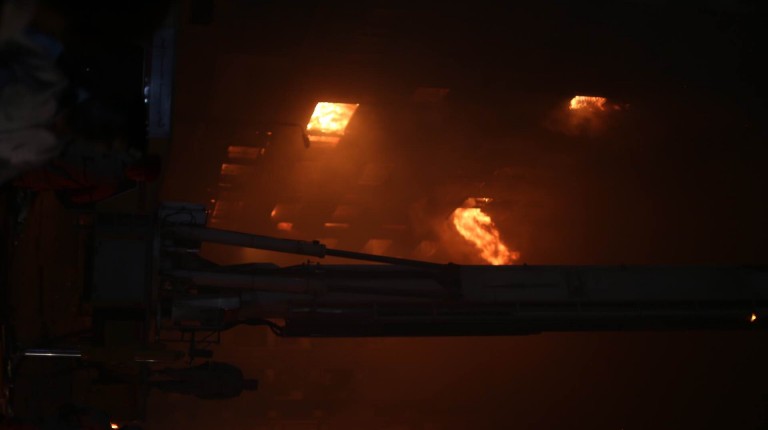 At least five were injured when a fire broke out at the Cairo Governorate headquarters in Abdeen on Thursday morning, the Health Ministry said. This comes amid a series of blazes across Egypt in the past week.

The ministry explained in a statement that three of the injured were immediately assisted while two others were transferred to a hospital. Security officials announced that the fire had been extinguished.

Al-Ahram reported that two people were arrested on suspicion of arson.

Last Sunday, a major fire broke out in a building near Al-Attaba’s popular market in central Cairo which quickly spread to other buildings and the marketplace. Three people were killed and at least 90 injured. It took firefighters more than two days to subdue the blaze.

Since then, nearly a dozen other fires have erupted in different places across other governorates. The latest of the blazes reported by state media took place Wednesday in Cairo’s Supreme Judicial Court.

A security official reportedly told state media that the fire was caused by a car passing near the building when its motor caught fire.

However, with the exception of Thursday’s arrests, there have been no reports by the Interior Ministry regarding criminal intent behind the blazes, of which the reasons could be related to lack of safety measures but are yet to be determined by experts.