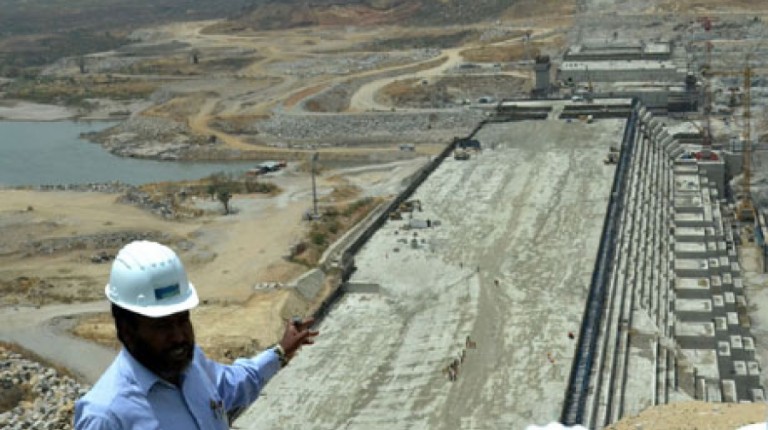 His first concern is preserving Egypt’s historical water share from the Nile River by making sure that the dam will not an effect it, the second is ensuring that the GERD is not used for any political purpose other than generating electricity, and third is implementing the construction stages as previously agreed.

“Egypt is not against development in any country but there are main important concerns for Egypt, among them is keeping our share of the Nile River water,” Egyptian Minister of Irrigation Hossam El-Moghazy said in the press conference.

A new meeting will be held before the end of November to discuss issues related to the speed of the dam’s construction.

Egypt has been expressing concerns that Ethiopia’s dam on the Blue Nile, the construction of which is said to cost $4.2bn and to be atleast 40 % complete, would negatively affect its share of the Nile water.

Egypt also has serious concerns regarding construction of the dam, as it fears possible drought resulting from the dam. Thereby Egypt, Ethiopia and Sudan formed a technical committee composed of 12 experts to agree on technical points and outline mechanisms that will be implemented.

In March, they signed a declaration of principles on the dam, wherein they agreed to safeguard the interests of all three countries.

The GERD is currently under construction across the Blue Nile River in Ethiopia and scheduled to be completed by 2017. It is considered to be Africa’s largest hydroelectric power plant, with a storage capacity of 74bn cubic metres of water.

Egypt will not allow internal water crisis due to Ethiopian dam: Water Minister