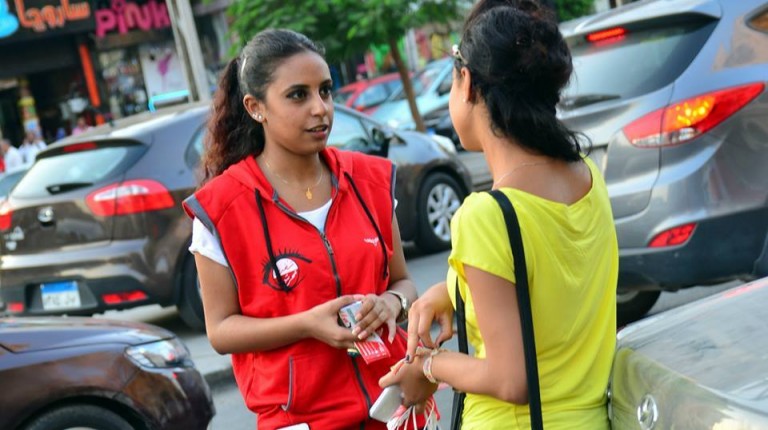 An anti-sexual harassment campaign group documented 87 cases of harassment in Downtown Cairo on the first day of the Eid Al-Adha public holiday, one of the worst days for the abuse in the Egyptian calendar.

The ‘I Saw Harassment’ (Shoft Taharrosh) campaigning NGO reported nine cases of physical harassment and 78 cases of verbal harassment from 3pm until 10pm on Thursday. The group works with volunteers to patrol the Downtown Cairo area, where many people congregate in the evenings of public holidays.

“Despite a lower number of male and female citizens who went out walking in public places, due to the rituals related the first day of the Eid and high temperatures, this did not stop or reduce significantly the occurrence of sexual or verbal harassment,” the group’s report says.

Activists say that the police have made slow but noticeable progress in dealing with the widespread social problem in recent years. In the run-up to this Eid, the Morals Department at the Ministry of Interior stated that extra officers were to be deployed during the holiday, with the brief to stop incidents of harassment and arrest harassers.

However, the campaign group’s report on Thursday’s incidents said that “despite the increase of police forces from various departments in the Ministry of Interior, sexual harassment crimes have not gone away, there were many incidents against women and girls in the Downtown area”.

The group reports that police security presence varied throughout the day, but improved in the evening, and also included the presence of female police officers in the Downtown and Corniche area.

Cairo has installed 310 cameras across the city, partly to tackle harassment and support prosecution, local news said Friday. The surveillance will be monitored by the Cairo governorate offices.

Former interim president Adly Mansour issued a new law against sexual harassment in June 2014, with the crime now carrying the penalty of a prison sentence between six months to five years, and up to LE 50,000 in fines.

In a report earlier this year on harassment cases between June 2014 and June 2015, “I Saw Harassment” documented at least 1,964 reported incidents across Egypt. The report added that the number is likely to be higher due to the number of unreported cases.

Alexandria ranked in the top spot, with 33% of the cases, followed by Cairo with 31%, then Giza with 7%, followed by Kafr El-Sheikh with 6%.

In April 2013, the United Nations issued a report of a survey conducted amongst women in seven Egyptian governorates. The report revealed that 99.3% of women said they have experienced some form of sexual harassment.