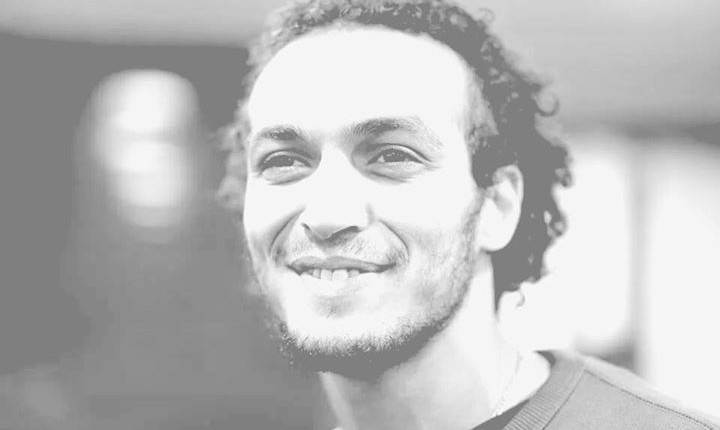 Amnesty International released a statement Sunday warning of Mahmoud “Shawkan” Abu Zied’s ongoing detention as well as his upcoming interrogation scheduled for 2 October, calling him a prisoner of conscience detained “solely for his journalistic work”.

Shawkan was detained with a French photographer and a Newsweek journalist during the Rabaa sit-in dispersal on 14 August 2013. Both of the men with whom Shawkan was arrested were later released, but the Egyptian photojournalist was charged with 12 crimes including murder, attempted murder, possession of weapons and gunfire, threatening public peace, disrupting the constitution and sabotaging public and private property.

Shawkan’s brother, Mohamed Abou Zied, called the charges “weird and stupid”, especially since Shawkan was uncomfortable photographing the dispersal from the sit-in side and instead joined the police lines.

The detained photojournalist is able to receive family visits every week at Tora Prison, where he is held. His family is increasingly worried about him, calling his emotional state “very bad”, and saying that after a year-long detention he is “emotionally exhausted”.

In one message from his cell, Shawkan said: “I hope; here, there is no hope, no colour, no lights. Black hole.” He said he is sharing his cell with 15 others arrested on the same day.

In a separate message he said: “I am strong… I am patient, I am still alive.”

Mohamed Abu Zied noted that a trial date has not been set for his brother still does, meaning that his incarceration is likely to continue indefinitely.

Four journalists were killed and scores were arrested during the dispersals of the Nahda and Rabaa sit-ins on 14 August 2013. At least 903 people were killed, according to Human Rights Watch.

Over a dozen journalists are currently incarcerated in Egypt, which was listed by the Committee to Protect Journalists in 2013 as the ninth top jailer of journalists and the third deadliest country in the world for journalists.