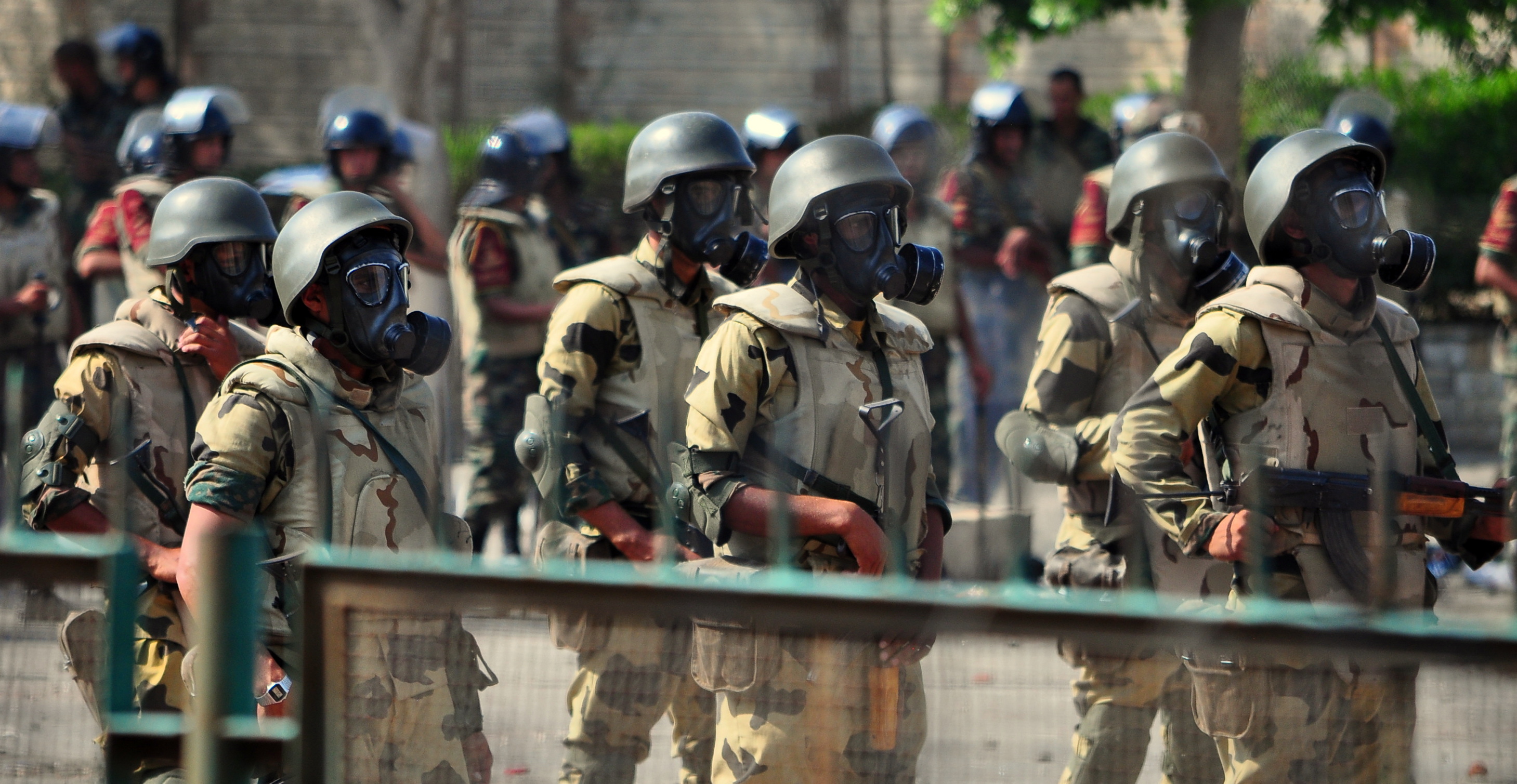 Four men in the port city of Suez were sentenced to prison by a military court for violating the curfew, the latest in the continuing series of military trials against Egyptian civilians.

Tarek Eissa and Tarek Bayoumy were each sentenced in absentia to three years in a high security prison, while Yasser Moussa and Ashraf Asal were sentenced to two years each.  Students Hossam Tarek and Ali Eissa were acquitted of breaking the curfew.  Moussa and Asal were convicted of driving through city streets with a loudspeaker during curfew hours.

Several high-profile cases have been referred to military trials this month.  On 3 September, a supporter of ousted President Mohamed Morsi was sentenced to life in prison by a military court in Suez for armed attacks against the armed forces, while 48 others received sentences of five to 15 years.

In Sinai, award-winning Egyptian journalist Ahmed Abu Deraa is facing a military trial on charges of intentionally spreading misinformation about the armed forces after being detained on 4 September.  His trial, scheduled to resume on Wednesday, has received international attention and droves have come out to rally for his release.

The Egyptian military has come under fire since the 25 January Revolution for subjecting tens of thousands of civilians to military trials. Human rights groups both in Egypt and abroad have called for civilians convicted under military courts to be retried in civil courts.

Attorney Mahienour El-Massry, an activist fighting against military trials for civilians, said that over 12,000 Egyptian civilians have faced military tribunals since January 2011, and 15 to 20 civilians are currently facing execution at the hands of the military.

14 governorates in Egypt have been under a curfew since the interim government declared a 30 day state of emergency following the 14 August dispersal of pro-Morsi sit-ins in Rabaa Al-Adaweya and Al-Nahda Squares.  Last Thursday, the state of emergency was extended an additional two months.