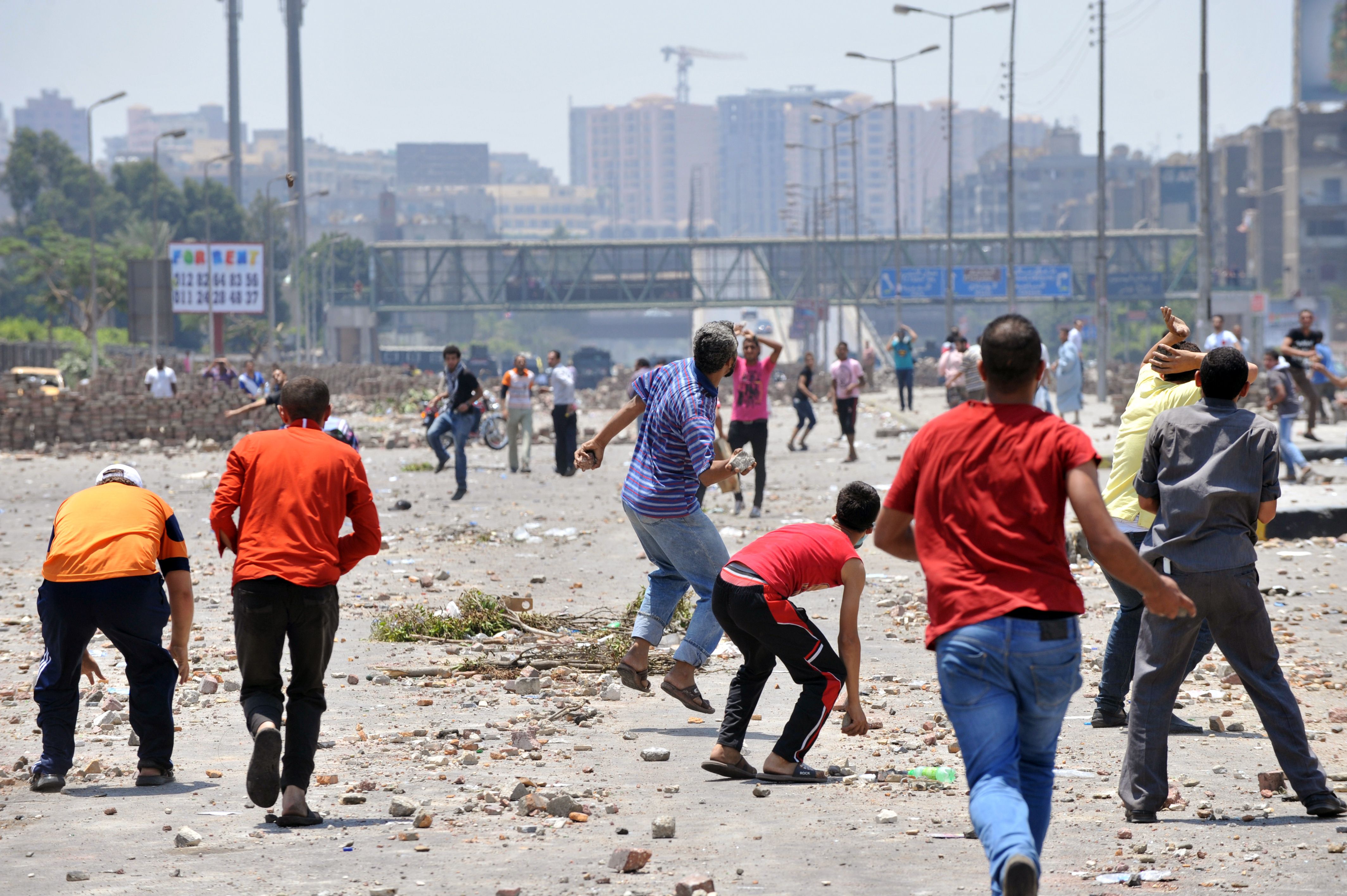 Clashes in Port Said between supporters of ousted president Mohamed Morsi and residents on Sunday morning left one dead and 29 injured, three of whom in critical condition.

Fighting occurred when Morsi supporters marched to the funeral of the Muslim Brotherhood members killed on 26 July in clashes near Rabaa Al-Adaweya and “shot at Mary Gerguis Church and burned a police vehicle on their way,” said Port Said activist Mahmoud Qandil.

According to the Freedom and Justice Party spokesman in Alexandria, Mohamed Soudan: “These [cannot be] called clashes, as they are not a fight between two [groups of] people,” he said. “Instead, it’s a group of thugs that shoots and hits peaceful protesters.”

Soudan stated that all 29 injured were Morsi supporters, while Qandil reported that only four injured were pro-Morsi, while the rest were residents.

At the same time, another group of residents went to Tawheed Mosque to break up a separate sit-in by Morsi supporters; the latter dispersed while dozens were trapped inside the Mosque.

“The army intervened after an hour of clashes and were able to set free those in the mosque and Port Said was quiet again,” said Qandil. He added that by noon, residents were swept up in a new wave of anger after learning of the death of local man, Mohamed Alaa Al-Dein Attia, from the earlier clashes.

In response, residents took the streets and stormed cafes, textile shops and markets that belonged to Brotherhood members. At the time of writing, clashes in Port Said are still ongoing.

Meanwhile, clashes in Helwan, Cairo were reported on Sunday morning, between pro-Morsi demonstrators and local residents.

“The media claims its residents [who clashed with Morsi supporters], but Egyptians would never do this; it’s the policemen and their thugs who always start the clashes,” said Soudan.

On Sunday, clashes broke out in Mahalla after the funeral of a Brotherhood member.

Mahalla resident Ahmed Abdel Qader said: “after the funeral, residents used sticks and broke cars and nearby shops to disperse the Brotherhood members.” As there were few members present, Abdel Qader said, they fled before any serious injuries took place.

“Even though our martyrs are increasing and so are injuries, [our numbers] are still [growing],” said Soudan. “Girls with their heads uncovered, young, old, foreigners are joining [the] Rabaa Al-Adaweya sit-in.”

“Soon people will realise that this is a plan to return Mubarak’s regime,” he added.

Clashes between opponents and supporters of Morsi have left hundreds killed and injured since his ouster by the military on 3 July.