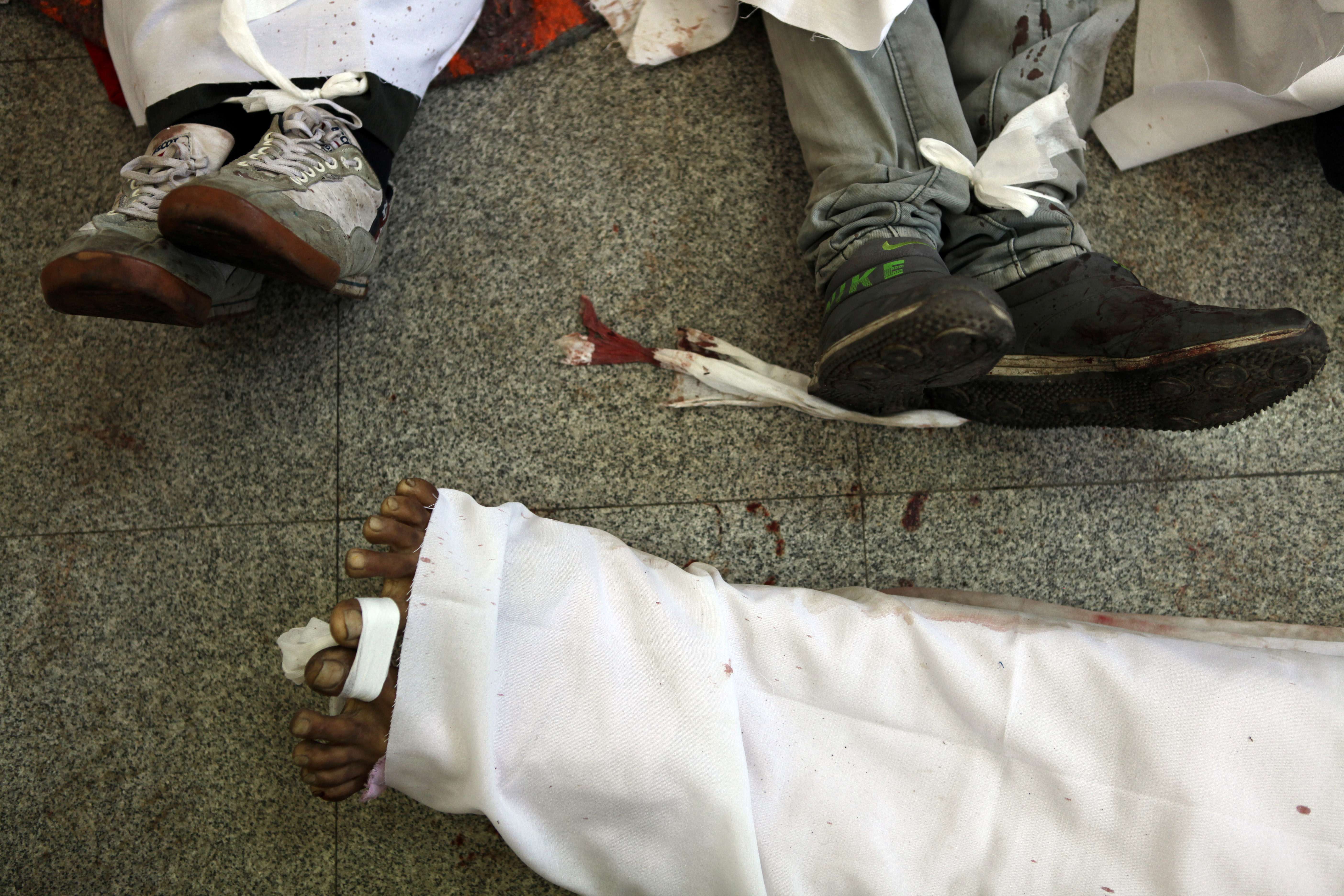 The investigation into clashes that broke out late on Friday near the sit-in of supporters of ousted president Mohamed Morsi in Rabaa Al-Adaweya began on Sunday.

Officials from the Prosecutor general’s office were unable to complete their inspection of the crime scene after a group of pro-Morsi protesters tried to attack them, MENA reported.

The Ministry of Health announced that 72 deaths resulted from the clashes. The Rabaa makeshift hospital, however, claimed the death toll reached at least 127.

The Egyptian Centre for Economic and Social Rights (ECESR) stated that 80 corpses were transferred from the clashes to the forensics authority; an autopsy was carried out for 68 corpses. The organisation stated that 60 of the victims died due to gunshots, seven due to bird shot and one due to a blow to the head.

Maha Maamoun, member of the No Military Trials movement, attended the autopsy of some of the corpses on Saturday. She said the number of corpses was very high and there was hardly enough room in the morgue.

“This is the highest number of corpses I have seen in the morgue,” Maamoun said. “The only other incident where the number of victims was nearly as big was the 2012 Port Said Stadium massacre.”

Maamoun said no one from the Muslim Brotherhood was at the morgue when the corpses arrived. “No doctors, no lawyers, not even Brotherhood leaders,” Maamoun said.

Prosecutor General Hisham Barakat ordered an investigation into the clashes on Saturday, reported state-owned Al-Ahram, demanding an initial report on the incident. A statement released by his the prosecutor general’s office said preliminary evidence suggests that pro-Morsi supporters marched to Nasr road, down 6 October Bridge, to block the bridge. The statement said when security forces tried to stop them, they retaliated with firearms and birdshot.

The National Coalition to Support Legitimacy claimed protesters rallied near the exit of 6 October bridge because the Rabaa sit-in was too crowded, thus the sit-in expanded spontaneously. It accused the security forces of attacking the rally first with teargas, and then with birdshot and live ammunition.