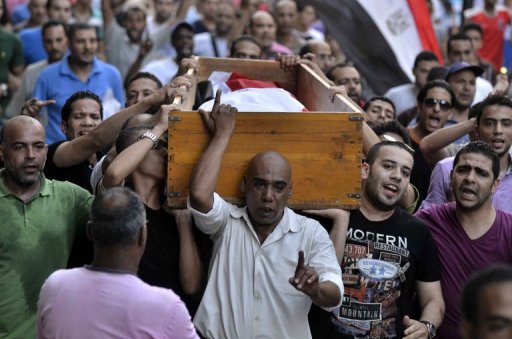 The Salafi Da’awa urged against gloating about the “detraction of others’ freedoms,” even if they are political opponents, following the arrests of key Islamist leaders.

In a Sunday statement published by state-run MENA, the Salafi group said that oppression harms all citizens, and condemned photographs of the arrests of public officials.

Several Islamist figures have been arrested following the ouster of former president Mohammed Morsi, including Deputy Supreme Guide of the Muslim Brotherhood Khairat El-Shater, and leader of Al-Raya Party Hazem Salah Abu Ismail; videos of their arrests have emerged online.

The statement called on Egyptians to unite for the sake of the public interest, and added that in the spirit of the 2011 Revolution, the people should not “completely lose track”.

It stated that if “we are going to be happy with chants like the army, police and people are one hand, then we have to realise that this includes all of the people.”

After Morsi was removed from power, deadly clashes in various parts of the country between his supporters and opponents have left at least 30 dead and over 1,000 injured.

Many parties are planning nationwide marches Sunday. Those who opposed Morsi plan to march under the slogan, “the legitimacy belongs to the people and national independence.” In the last speech before his removal, Morsi emphasised his legitimacy and said he would hold on to it because there is no alternative to it.

Morsi supporters are going to march under the title of “regaining the revolution” in rejection to what they believe was a coup against the former president.

On 3 July, Defence Minister Abdul Fatah Al-Sisi announced a roadmap which installed the head of the Supreme Constitutional Court Adly Mansour as interim president, suspended the constitution and set a plan for holding early presidential elections.