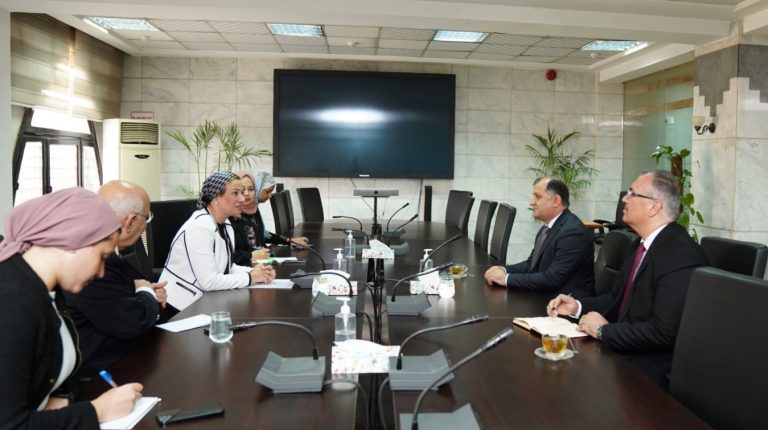 Fouad expressed her sincere appreciation for the cooperation between the two countries to support environmental work in all fields and environmental issues, pointing out that the signing of an MoU between the two countries in 2019 aims to activate bilateral cooperation on a number of issues of common interest, including issues of climate change in terms of adaptation, mitigation, biodiversity, and protection of ecosystems, as well as issues related to how to benefit from water and its uses in agriculture.

For his part, the ambassador praised Egypt’s organisation of the recently concluded UN Conference of Parties on Climate Change (COP27), pointing to his country’s efforts to support work between the two countries within the framework of the Water and Climate Alliance to support innovative solutions, protect water, as well as support the climate agenda, and address the effects of climate change, calling for participation in the COP28’s preparatory meetings and for his country to host one of them.

Fouad also pointed out the importance of working on water issues, especially the problems of increasing the salinity of soil and groundwater, which directly affect agricultural lands and food security, which are among the issues related to the issue of climate change, stressing Egypt’s keenness during the preparations for the COP27 to launch a food security initiative in cooperation with the FAO to solve the problem of the impact of climate change on agriculture and all related problems.