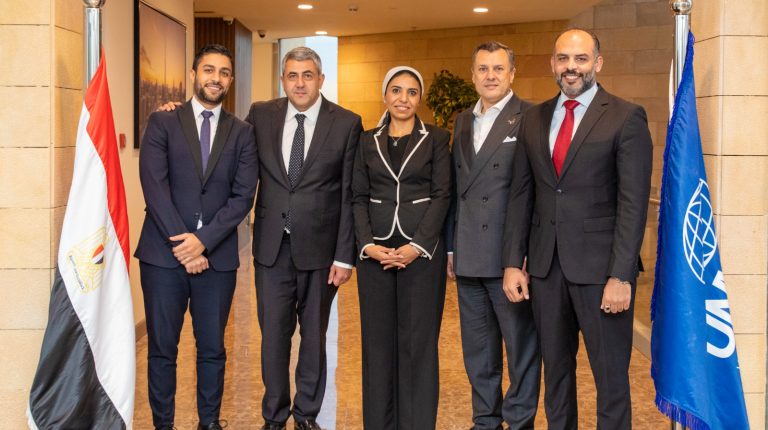 Egypt’s Minister of Tourism and Antiquities Ahmed Issa met Wednesday with Zurab Pololikashvili, Secretary-General of the World Tourism Organization (UNWTO) on the sidelines of the 22nd Summit of the World Travel and Tourism Council (WTTC) held in Riyadh, Saudi Arabia, under “Travel for a Better Future” on 28-30 November.

During the meeting, Issa stressed his keenness to enhance cooperation between the two sides during the coming period, which would contribute to the development of the Egyptian tourism sector and achieve the ministry’s goals towards developing the tourism movement to Egypt.

They discussed many issues, including the existing coordination mechanisms between the Ministry and the UNWTC to implement some development projects in Egypt, and ways to enhance future aspects of cooperation between the ministry and the organization.

The minister referred to the proposal to work on capacity-building as one of the axes of joint work between the ministry and the organization, both at the level of the ministry’s work system as a watchdog and as an organizer and catalyst for the tourism industry and what it does to empower the private sector or at the level of workers in the tourism sector, in the framework of strengthening the supervisory role of the ministry in a way that contributes In raising the quality of the service provided, providing a good and distinguished tourism experience in Egypt, and supporting the Egyptian tourism sector to enjoy growth and development.

For his part, Zurab Pololikashvili stressed the organization’s keenness to further enhance cooperation with Egypt to develop the Egyptian tourism sector and raise the rates of incoming tourism to Egypt.