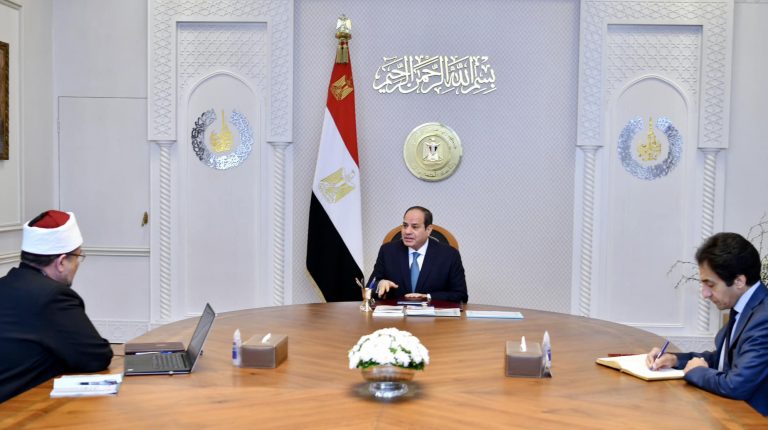 Egypt’s President Abdel Fattah Al-Sisi met with Minister of Religious Endownments Mohamed Mokhtar Gomaa and Assistant Minister for the Endowments Authority’s Affairs Mohamed Abdel Naby on Wednesday to follow-up on the efforts to manage and develop the authority’s assets.

The president stressed the importance of the ministry’s assets and money, which require not only preservation, but also rational management, development, and diligent work on the accurate collection of dues at the fair market value.

Al-Sisi also directed the concerted efforts of all concerned state agencies to expedite the implementation of all rulings issued in favour of the Endowments Authority and to expedite the settlement of endowment cases currently circulating in the judiciary.

During the meeting, the minister presented the development of the authority’s revenues, which amounted to about EGP 2.035bn in FY2021/22, achieving an increase of EGP 216m over FY2020/21.

Gomaa explained that the authority also achieved an increase in revenues in the first quarter (1Q) of the current FY amounting to about 22% over the same period of the previous one. He also presented his position regarding judicial rulings issued in favour of the Authority and what has been implemented thereof.

Moreover, the assistant minister presented the investment plan of the authority, which aims to achieve maximum benefit from endowments.

Gomaa also presented the ministry’s efforts in the field of charity and the sacrificial and feeding sukuk project, explaining that the sukuk project enjoys the confidence of citizens and develops year after year.