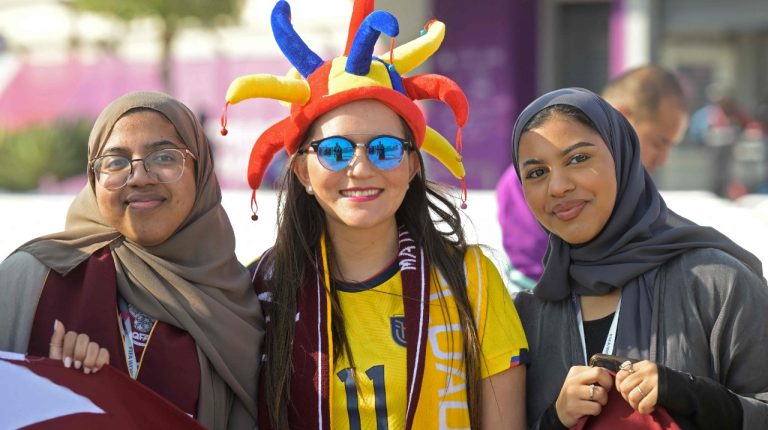 The activities of the 22nd edition of the World Cup kicked-off on Sunday evening in Qatar — the first Arab or Muslim country to host the tournament.

The tournament will run from 20 November to 18 December.

On Sunday, Egypt’s President Abdel Fattah Al-Sisi arrived in Doha to participate in the opening ceremony at the invitation of the Emir of Qatar, Sheikh Tamim bin Hamad Al-Thani.

The 32 teams participating in the finals were divided into eight groups in the first round of the tournament, with four teams in each group.

Al-Bayt Stadium — the design of which was inspired by a traditional Bedouin tent — hosted the opening ceremony, delivering a message to the whole world to come to Qatar.

The opening ceremony included seven performances by international artists, blending Qatari traditions and global culture while celebrating the 32 participating teams, the previous host countries of the World Cup, and the volunteers of the tournament.

The tournament began after the opening with a match between Qatar and Ecuador.