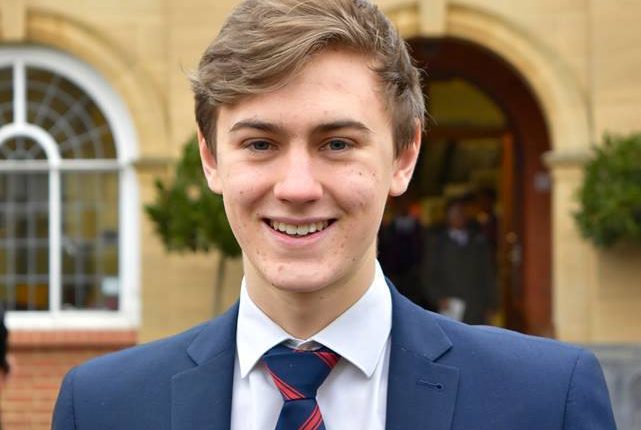 The past seven years have been the hottest on record, according to Copernicus Climate Change Service, which combines satellite data and measurements at ground level. The amount of greenhouse gases in the Earth’s atmosphere continues to increase. The problem of global warming is very real and very imminent. Efforts to hold global average temperature growth well below 2°C requires coordination between countries and a clear action plan for implementation.

This week, the 27th annual UN Conference of Parties on Climate Change (COP27) is starting in Egypt. And while it has received a great deal of hype, the particulars of what will be discussed this year are still not abundantly clear. The conference has been taking place since 1994, but has become especially important since 2015, when the Paris Agreement on combating climate change was adopted by 196 countries.

The agreement includes three major areas. The first is climate change mitigation; this is the use of renewable energy, new technologies, and sustainable business practices to reduce emissions

Secondly, the agreement outlines a framework for adaptation; this is about providing local communities with the knowledge and tools to adapt to climate emergencies like droughts and floods.

The final area set out under the agreement is finance. In 2009, developed nations agreed to allocate as much as $100bn every year by 2020 to help developing countries mitigate the most severe consequences of climate change and to compensate them for irreparable damage. This goal has not been reached, and the target date has been pushed back to 2023.

While last year’s COP26 — which was hosted by the UK — mostly addressed mitigation and adaptation, the COP27 is expected to focus on climate finance for developing countries, with Egypt — which is hosting this year’s conference — being one of them.

The key issue here is known as “loss and damage financing,” and relates to transfers between developed and developing countries. Industrialised and developed countries account for the majority of greenhouse gas emissions, while those suffering the most from their consequences — desertification, floods, etc. — are low-income developing nations.

At the same time, high-income countries are pushing low-income countries to switch to costly renewable energy sources, which they often can’t afford. Since the goal of reducing global warming can be achieved only in coordination, developed nations are expected to contribute towards funding this transition in emerging countries. Finding solutions to implement the pledged $100bn per year by 2023 is therefore likely to be on this year’s agenda.

Reaching consensus on climate change issues between countries with different levels of development has never been easy. This year, matters are further complicated by raging geopolitical tensions.

China suspended cooperation with the US under a working group on climate after congresswoman Nancy Pelosi’s visit to Taiwan. High energy prices have also triggered high inflation supply chain disruptions and food shortages in developing countries. And Russia’s actions in Ukraine and the European response of sanctions have largely exacerbated this issue. However, Russia’s special representative on climate issues, Ruslan Edelgeriev, recently called for a depoliticised and pragmatic approach to climate change.

Germany’s dash for coal after Russian troops entered Ukraine indicates a scaling back of some climate goals. As does Brazil’s inability to produce an operational plan to end deforestation. Russia, too, has been slow in grasping the significance of the green agenda, as it only committed to carbon neutrality last year. Russian companies, however, are keen to demonstrate a commitment to reducing emissions.

The Russian delegation at the COP27 in Sharm-El-Sheikh comprises around 200 individuals, including state officials and representatives of the largest non-state businesses, which have recently prioritised reducing emissions and making sustainability a core part of their business strategy. Among them is petrochemicals producer Sibur, which began manufacturing PET using recycled feedstock this year; Rusal, which now produces 90% of its aluminium using clean and hydroelectric power; and Udokan Copper, which has announced ambitious plans to cut the carbon intensity of its operations in Russia’s Far East by up to 75% by 2035, aiming to use cleaner hydrometallurgy technology in copper ore processing, as well as purchasing energy from low-carbon sources like hydro and renewables.

Steel giant Severstal, meanwhile, has approved a Corporate GHG Emissions Management Standard to elaborate a common approach to track progress in relation to decarbonisation goals and actions, as well as an internal carbon price to help it account for and reduce its current greenhouse gas emissions. This is a particularly critical sector given that metals are estimated to produce over 7% of global CO2 emissions.

Renewable energy is also growing in Russia; If the electricity produced by hydropower plants in Russia were substituted for conventional thermal power, the greenhouse gas emissions of Russia’s electric power industry would rise by 38%. RusHydro — one of the world’s biggest producers of electricity from renewable sources — now aims to replace diesel generation in remote areas with renewable energy installations, including hydro, solar, and wind plants, further reducing its greenhouse gas emissions by 9%.

These commitments may surprise some readers, given that Russia is an industrial country, and one of the biggest polluters per head globally. There remains a stark divide in Russia between outward-looking companies trying to seize the initiative on climate measures and set the pace for international competition, and companies which cater mostly for a domestic audience, many of which are yet to feel the onus to implement green targets.

This distinction has not been fully grasped by the EU, which has included some environmentally friendly technologies in its blanket ban of Russian exports in recent sanctions packages.

Along with high-tech components like microchips — which will hurt the Russian war effort — Europe has also prohibited the export of equipment needed to upgrade industrial technology and vehicle fleets, slowing down the implementation of global climate goals.

As a result, leading Russian companies are actively searching for alternative suppliers of equipment to achieve their environmental goals, though this will take some time.

Expect to see negotiations around cleantech exports, green finance, and standardising carbon accounting in Sharm El-Sheikh. It remains to be seen whether hostile countries can put aside their differences this weekend, given the high stakes.

* Theo Normanton is a contributor at The New Economy Observer and a Moscow correspondent for bne IntelliNews. In addition to the Russian market, he regularly writes about developments in tech, ESG, and the circular economy.