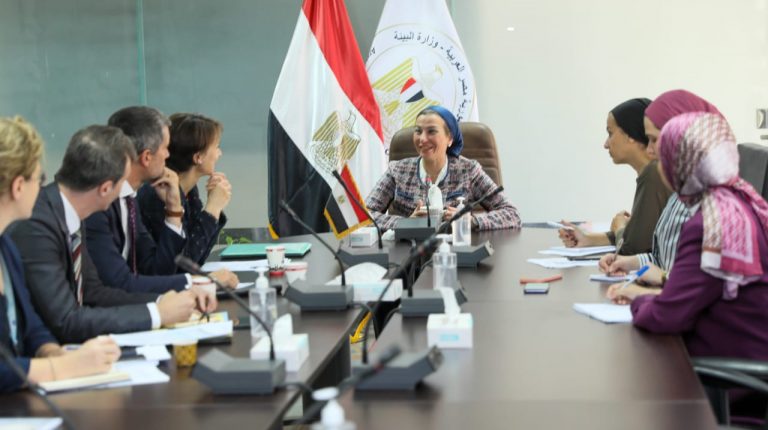 Minister of Environment Yasmine Fouad met with representatives of the French Agency for Development (AFD) on Sunday to discuss bilateral cooperation in the context of Egypt’s preparations to host and organise the UN Conference of Parties on Climate Change (COP 27).

More specifically, it discussed cooperation in initiatives that will be announced during the COP 27.

During the meeting, Fouad stated that her ministry is focusing on increasing the share of renewable energy in the country’s power supply, and so has begun a programme of cooperation with the European Bank for Reconstruction and Development (EBRD) along with some development partners from the private sector to achieve that goal.

She also stressed that the ministry has been working on the climate file for several years and are aware of the importance of developing a roadmap until 2050 and updating the nationally determined contributions until 2030, noting that Egypt has an action plan with the United Nations Development Programme (UNDP) regarding agriculture and land usage.

She explained that, in cooperation with the Green Climate Fund, research is being conducted in the field of promoting and integrating climate change standards in architecture and engineering construction, and the banking sector will be encouraged to invest in the field of green architecture.

For their part, the AFD representative explained that they are cooperating with the Egyptian government across several important areas, the most important of which are climate adaptation and water management.