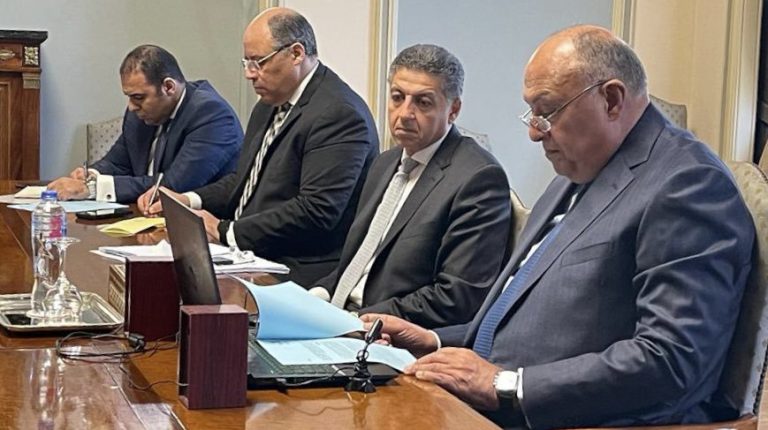 Ambassador Ahmed Hafez, the spokesperson for the Ministry of Foreign Affairs, said that during the call, Minister Shoukry referred to the historical relations between Egypt and Tanzania, highlighting the steady development it has witnessed in recent years, in light of President Abdel Fattah Al-Sisi’s visit to Dar es Salaam in August and the visit of President Samia Hassan to Cairo last November.

In this regard, the two ministers agreed to continue the meetings of the Joint Committee between the two countries to enhance bilateral cooperation in all fields.

The foreign minister stressed Egypt’s keenness to continue to provide support to Tanzania in various fields, as well as its support for various development efforts in Tanzania.

Shoukry noted that Egypt hosted and chaired the session of the conference of the parties to the United Nations Framework Convention on Climate Change (COP27) in Sharm El-Sheikh in November, explaining that the upcoming Egyptian presidency of the conference of the parties is keen to address African concerns related to the phenomenon of climate change.

On the other hand, Minister Shoukry received on Sunday the special representative of the secretary-general of the United Nations for children and Armed Conflict “Virginia Gamba” in the framework of cooperation between Egypt and the UN in the field of promoting the rights of children, as well as protecting them during armed conflicts.

Shoukry stressed the highest priority given by the Egyptian government to protect and promote the rights of children and achieve their best interests, as well as providing them with full protection from all forms of violence or abuse.

In this regard, he also highlighted the structural steps taken by Egypt to support and promote children’s rights through the strategic framework for Childhood and motherhood within the framework of “Egypt Vision 2030”.

Later on Sunday, Shoukry met with a delegation of World Bank (WB) executives, where they discussed ways to strengthen relations between the two sides at various levels, as well as addressing a number of topics of mutual interest.

He stressed the distinguished relations between Egypt and the WB, which is one of Egypt’s largest multilateral development partners.

The minister noted the consistency of the priorities and work program of the Egyptian government with those of the WB, which are to support the transition towards a green economy, promote environmental sustainability, accelerate the pace of digital transformation, empower women, promote equal opportunities between the sexes, as well as enhance the participation of the private sector in development.

During the meeting, he was keen to review the urgent steps taken by the Egyptian government in terms of economic reform, as part of its efforts to achieve a flexible, comprehensive and sustainable economic recovery and activate the vision of national development in line with the UN Agenda for sustainable development, in spite of the great economic repercussions associated with the recent international developments, especially the Russian-Ukrainian war.

Egypt looks forward to the support of its partners – led by the WB – to emerge from this crisis and overcome its effects.

Minister Shoukry reviewed the vision of the Egyptian state to overcome this crisis and its efforts in this regard, especially strengthening the role of the private sector and work to attract new investments and put forward an integrated vision to promote the Egyptian Stock Exchange, in addition to taking many steps and measures aimed at alleviating the effects of the crisis on the Egyptian citizen.

The minister stressed the Egyptian state’s serious efforts to keep abreast of the successive global developments, especially the phenomenon of climate change and the ongoing international efforts to confront it.