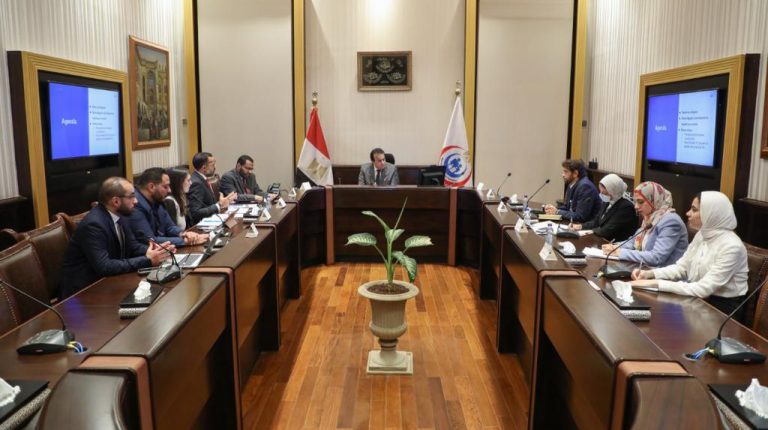 Hossam Abdel Ghaffar, the official spokesperson for the Ministry of Health and Population, explained that the meeting discussed the existing cooperation with the company in implementing the presidential initiative to support the health of Egyptian women.

According to the agreement, the firm contributes by supporting the initiative with diagnostic devices and medicines within the protocols for treating breast cancer patients, in addition to cooperation in equipping pathology laboratories within the initiative.

Abdel Ghaffar added that the minister discussed with the company ways of cooperation to increase investments in the field of scientific research and clinical trials, stressing the importance of working to provide vital preparations of the highest quality at reasonable prices for patients.

The meeting also addressed cooperation with the company to provide highly effective developed medicines in the treatment of many diseases such as hemophilia and hepatocellular carcinoma, as well as discussing opportunities for cooperation to provide medicines and lung cancer diagnostic devices, to serve the initiative to diagnose and treat lung cancer patients to be launched during next period.

The meeting was attended by Mohamed Hassani, Assistant Minister of Health and Population for Public Health Initiatives Affairs; Ahmed Morsi, Executive Director of the President’s Initiative to Support the Health of Egyptian Women; and a number of company representatives in Egypt.