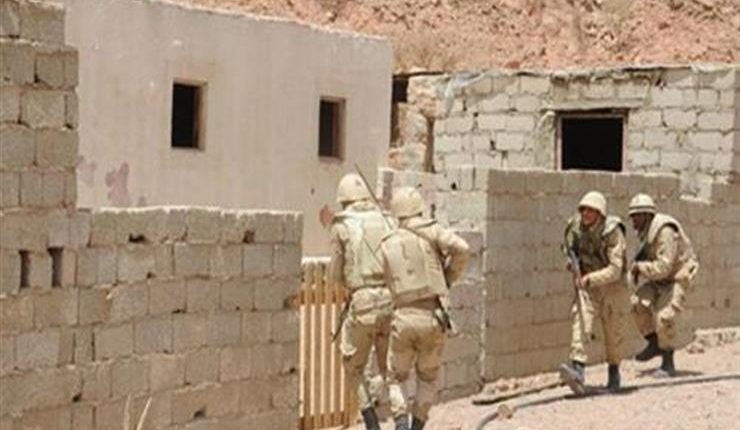 The Egyptian Armed Forces have neutralized 10 terrorists and seized weapons, ammunition, grenades, explosives, wireless communication devices in North Sinai, according to a Sunday statement by the spokesperson of the Armed Forces.

A hideout was discovered in the area where the militants were hiding; the troops besieged it and tackled the militants. Ammunition, grenades, explosive belts, TNT, and other weapons were ceased in the place.

One element was arrested alive while attempting to escape. He was armed with a machine gun.

Legal proceedings are under way by the competent investigative authorities.

The operation was part of the Armed Forces’ comprehensive operation to uproot terrorism and extremism from the country.

The spokesperson of the armed forces said in a statement that the military would “avenge the martyrs in its ranks,” and that such “desperate attempts by the forces of evil and those who assist them would only increase our troops’ insistence on security and safety for the great people of Egypt.”