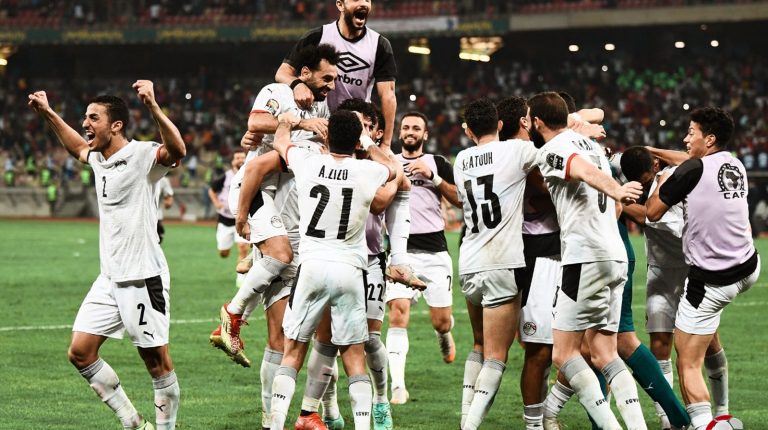 Egypt qualified for the quarterfinals of Africa Cup of Nations (AFCON) in Cameroon following a 5-4 penalty shootout victory over Cote d’Ivoire in Douala.
Though the match went on for an additional 30 minutes of extra time, playtime ended in a goal-free draw. A penalty shootout was initially not the ideal outcome for the Egyptian National Team as first goalkeeper Mohamed El Shennawy was substituted 88 minutes into the match due to injury, making Abou Gabal’s decisive save particularly noteworthy.
The victory sends Egypt to the quarterfinals to play Morocco for a place in the semis.

Afterwards, Equatorial Guinea qualified for the quarterfinals of AFCON after beating Mali in a penalty shootout 6-5.
Goalkeeper Jesus Owono was Equatorial Guinea’s hero as he shocked Mali by saving twice in the shootout at the Limbe Omnisport Stadium Wednesday night.
The match had reached a goalless draw in extra time.
The result was a bitter disappointment for favourites Mali, who had been the better team throughout the tournament but failed to make their quality and opportunities count.
Equatorial Guinea play Senegal next.