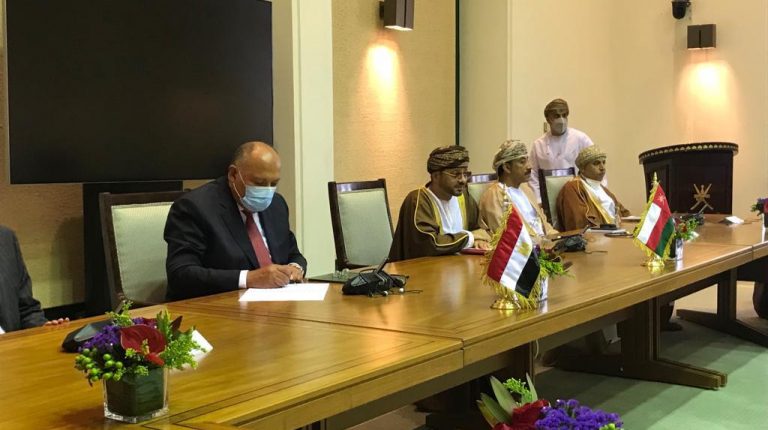 The Egyptian-Omani Joint Committee concluded its 15th session in Muscat, Oman on Sunday under the chairmanship of Minister of Foreign Affairs Sameh Shoukry and his counterpart Badr bin Hamad Bin Hamoud Al-Busaidi, in which they signed a number of cooperation agreements.

The two sides issued a joint statement in which they explained that the committee reviewed the existing bilateral cooperation relations between the two countries and expressed their deep satisfaction at the high level reached by these relations.

They stressed that they will continue to work to strengthen bilateral cooperation on the political, security, economic, commercial, industrial, judicial, development, educational, media, labour, and social development levels, and open new horizons for the two countries to achieve the aspirations of their leadership and brotherly peoples.