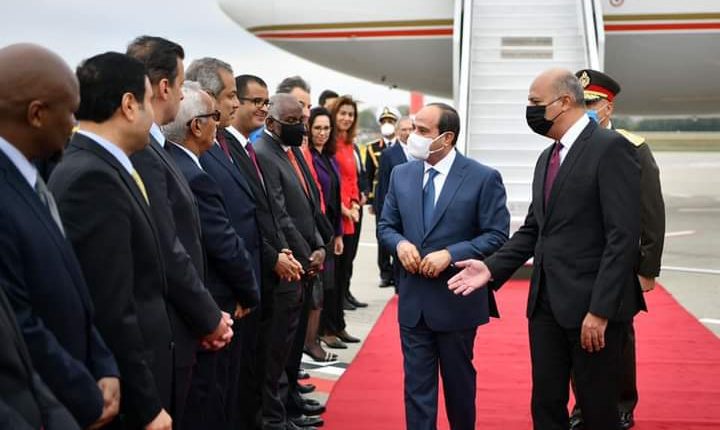 Egyptian presidency spokesperson Bassam Rady stated that it will be Egypt’s second participation in the V4 summit after 2017, which reflects the keenness of the two sides to develop relations and discuss various issues of common interest.

The summit is scheduled to address a number of topics, foremost of which is Egypt’s role in the Middle East, cooperation in the fight against terrorism and illegal immigration, energy security, and discuss opportunities to develop trade, investment and tourism relations between the two sides, as well as ways to develop cooperation between Egypt and the European Union. which the countries of the assembly enjoy its membership.

On the sidelines of the summit, Egypt’s Foreign Minister Sameh Shoukry held talks with Hungarian Minister of Foreign Affairs and Trade Peter Szijjarto.

Ahmed Hafez, spokesperson for the Ministry of Foreign Affairs, said that the two ministers discussed ways to enhance bilateral cooperation, especially in the energy sector, noting that they addressed a number of regional and international issues and continued coordination between the two countries.

He added that Foreign Minister Shoukry signed a number of contractual frameworks with his Hungarian counterpart.

The Visegrad Group was formed in 1991 with the aim of having member countries work together in a “number of fields of common interest within the all-European integration,” according to the group’s website. In 2017, Egypt was the first Middle Eastern and African country to take part in the summit.