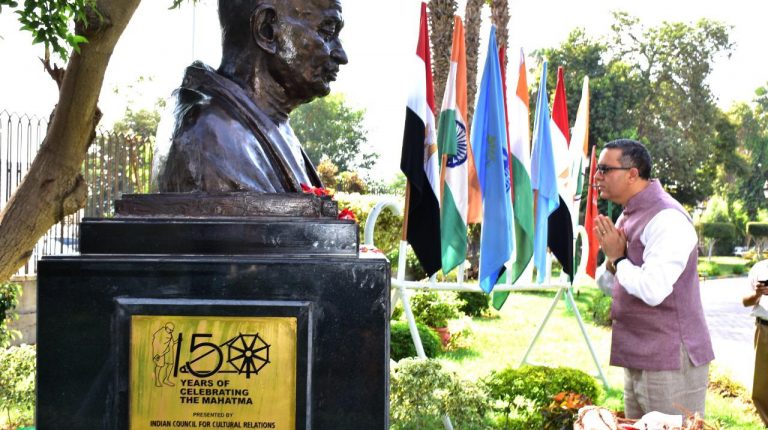 The Embassy of India in Cairo commemorated the 152nd birth anniversary of Mahatma Gandhi, on Sunday, garlanding the Gandhi bust in Hurriaya Park in Zamalek.

Ambassador AjitGupte delivered the opening remarks, followed by floral tributes to the ever-shining spirit of Mahatma.

Tafida Abdel Aziz from the provincial administration in Cairo represented the Egyptian government and paid her respect to Mahatma Gandhi, who is a widely revered symbol of anti-colonial movement in Egypt as well. The close association between Mahatma Gandhi and Saad Zaghloul is also fondly remembered here.

Since 2007, the birthday of Mahatma Gandhi has been celebrated globally as the International Day of Non-Violence, as events are organized across the world to kindle the spirit of Gandhian principles.