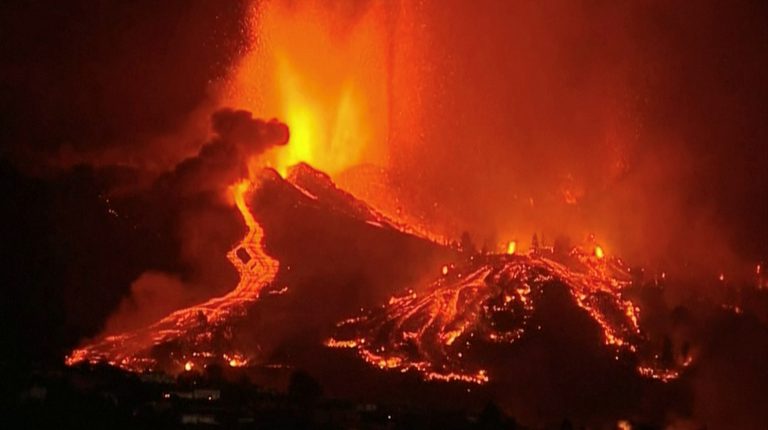 Between 5,000 and 10,000 people are being evacuated after a volcano began erupting on the La Palma island of Spain’s Canary Islands on Sunday afternoon.

Regional authorities confirmed that the evacuations have begun in the wake of the eruption, which began at 3:12 p.m. local time on the Cumbre Viejo volcano.

The eruption came after a week in which over 20,000 earthquakes were measured on the La Palma island.