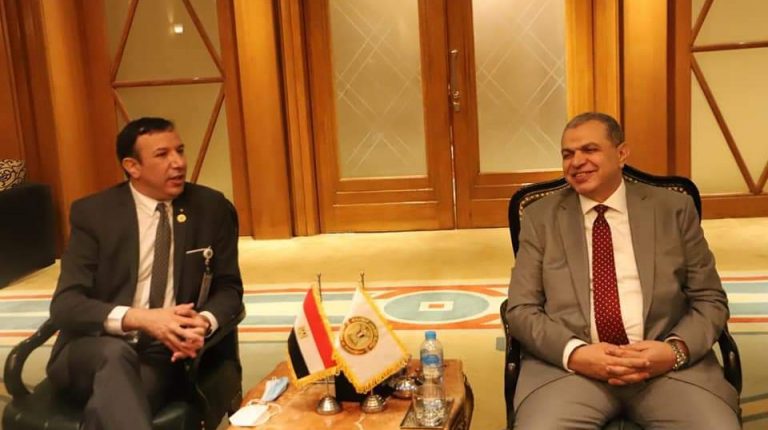 Egypt’s Minister of Manpower Mohamed Saafan asserted the need to protect the human resources and preserve their rights in various Arab countries.

Saafan’s remarks came during his meeting with President of the National Economic, Social, and Environmental Council of Algeria, Redha Tir, on the sidelines of the Arab Labor Conference held in Cairo.

At the outset of the meeting, the Minister welcomed the guests, stressing that the modern industrial development increased the current pollution rates, which affected the international climate in a way that countries could not tolerate.

Saafan said that Egypt is taking serious steps to activate community dialogue as a tool for managing the work file, in a way that enhances its compliance with international labor standards.

For his part, Reda Ter said the National Economic, Social, and Environmental Council of Algeria is an independent diplomatic body established in accordance with the constitution.

The council consists of 200 members, with tripartite representation from the three working parties to ensure meaningful social dialogue. The Council is elected every five years.

Tir noted that the recent climate crisis that Algeria is facing requires many efforts to provide awareness, advice and guidance about climate change in order to preserve the environment and natural resources, asserting that the state provides major investments to improve the air quality in Algerian cities.

He stressed that the council and the government are partners in development and achieving growth and prosperity to carry out innovative ideas, including the establishment of a Euro-Mediterranean association in cooperation among the Mediterranean countries.