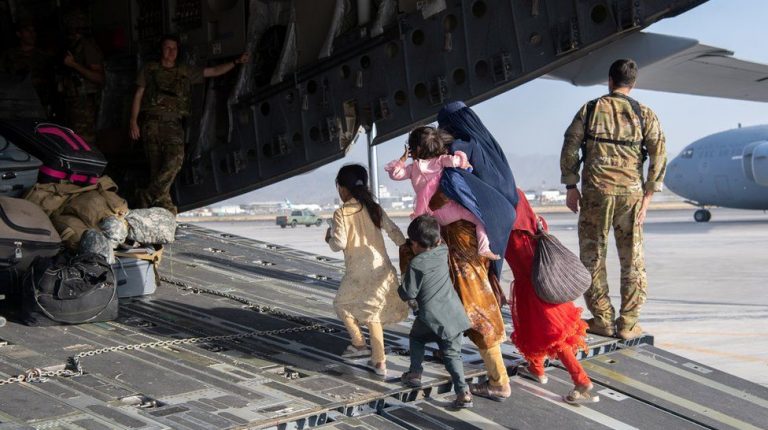 U.S. President Joe Biden warned on Saturday that another terror attack against Kabul airport could be “highly likely in the next 24-36 hours.”
“The situation on the ground continues to be extremely dangerous, and the threat of terrorist attacks on the airport remains high. Our commanders informed me that an attack is highly likely in the next 24-36 hours,” Biden said in a statement after meeting with his national security team.
“I directed them to take every possible measure to prioritize force protection, and ensured that they have all the authorities, resources and plans to protect our men and women on the ground,” he added.
Thirteen U.S. service members and some 170 Afghans were killed in a suicide bombing attack outside Kabul airport on Thursday. ISIS-K, a local affiliate of the Islamic State in Afghanistan, had claimed responsibility for the attack.
In retaliation for the deadly attack, the U.S. military on Friday launched a drone strike against the terror group in Nangarhar province of eastern Afghanistan, which killed two “high-profile” members and wounded another, according to the Pentagon.
“This strike was not the last,” Biden said in the statement. “We will continue to hunt down any person involved in that heinous attack and make them pay.”
Biden set Aug. 31 as the deadline to end U.S. military mission in Afghanistan. Pentagon Press Secretary John Kirby said earlier in the day that the U.S. forces on the ground had begun withdrawal from Kabul airport.
The United States has been scrambling to evacuate Americans and its Afghan partners from the country since the Taliban entered Kabul on Aug. 15. The White House said on Saturday that around 111,900 people had left Afghanistan since Aug. 14.