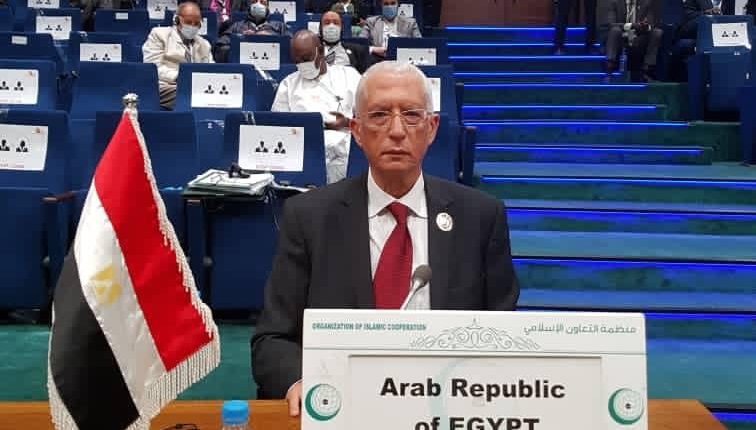 The Egyptian delegation at the Organization of Islamic Cooperation’s (OIC) 47th Council of Foreign Ministers session highlighted the country’s rejection of linking acts of terrorism with Islam.

The delegation attended the council meeting on 27-28 November in Niger’s capital, Niamey, under the title “United against Terrorism for Peace and Development”. Egypt’s Deputy Minister of Foreign Affairs for African Affairs Ambassador Hamdi Sanad Loza participated in the session.

Several issues were brought up for discussion during the event, with top priority given to combating terrorism and Islamophobia, the Palestinian Cause, and the Libyan crisis. Also brought up during the two day meeting were the conflicts in several of Islamic countries.

During the meeting, the Egyptian delegation, who attended on behalf of Egypt’s Minister of Foreign Affairs Sameh Shoukry, affirmed its refusal to link terrorist acts with Islam. It also highlighted the centrality of the Palestinian Cause, and the importance of the Organization for Women Development in the OIC Member States, which was recently launched and headquartered in Cairo.

The delegation also congratulated Sudan on signing the peace agreement with the armed movements in the South Sudanese capital, Juba. It affirmed Egypt’s commitment to support efforts made by Sahel countries in the face of terrorism, and the efforts to achieve security and peace in Libya, Yemen, and Syria.

The delegation also made note of the importance of the OIC’s reform process to keep pace with current global developments.

Egypt also won the highest percentage of votes for one of the three seats allocated to the Arab group, in the elections for the Independent Permanent Commission for Human Rights. The commission is affiliated to the OIC, with Ambassador Mahmoud Afifi winning 13 votes.

Egypt will be economic gateway to MEA region: Thai Ambassador

Al-Sisi, Abbas to discuss Palestinian Cause, regional issues in Cairo