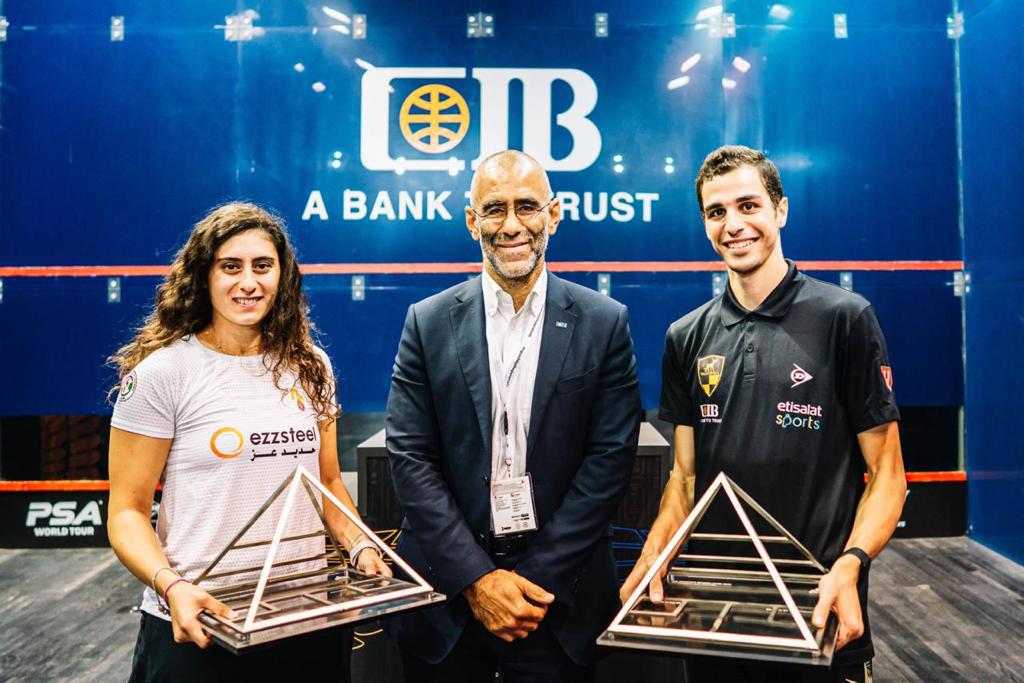 The Egyptian double-bill win came after a series of fiercely competitive matches that took place by the Pyramids in Giza.

The tournament’s closing ceremony witnessed the attendance of numerous notable public figures. Among them were Minister of Youth and Sports Ashraf Sobhy, Minister of Tourism and Antiquities Khaled Al-Anani, and Minister of Emmigration and Egyptian Expatriates Affairs Nabila Makram.

The tournament kicked off on 10 October at the New Giza Sporting Club, under the auspices of the Ministries of Youth and Sports, and Tourism and Antiquities. Since the semi-finals, Egyptian squash players dominated the high quality and well played matches.

The tournament’s significant success is a testament to Egypt’s prowess as a country capable of hosting exemplary international events even amid the novel coronavirus (COVID-19) pandemic. Sponsored by CIB and presented by IEvents, the tournament ensured the well-being of all players and audience members involved, through strictly following the necessary safety measures recommended by the Egyptian government and all relevant parties. 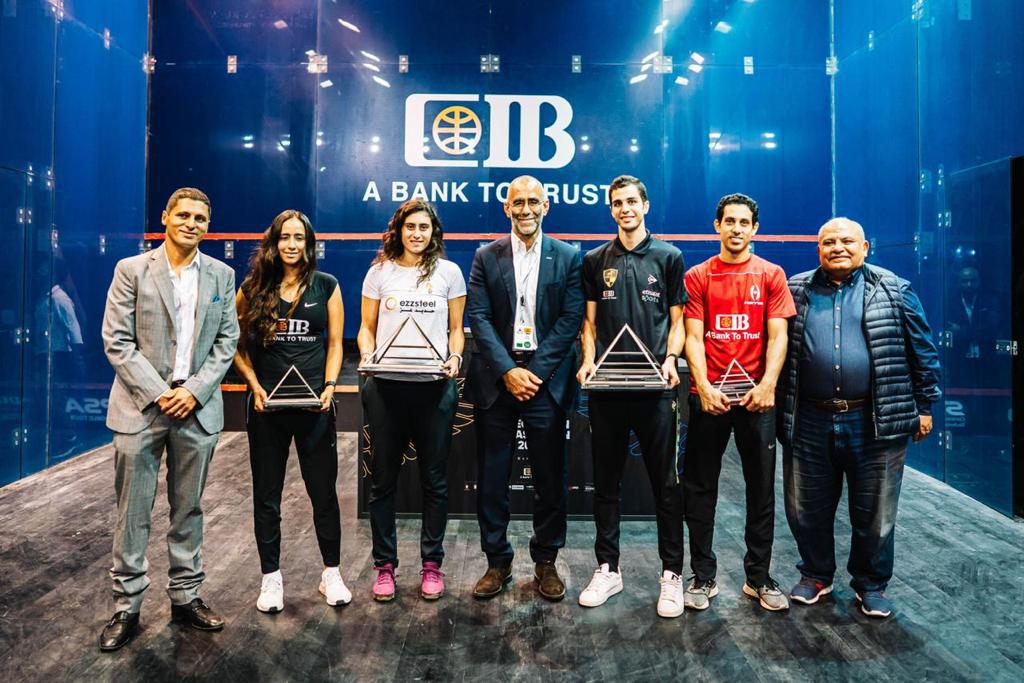 Sobhy expressed his happiness with his ministry’s cooperation with the Ministry of Tourism and Antiquities to host the CIB Egyptian Squash Open by the great Pyramids of Giza for the second consecutive year.

He also thanked all those in charge of organising such a distinguished championship, and expressed his admiration for the players and their impressive performance. The minister added that the championship has proven that Egypt’s youth have the ability to reach the highest ranks in many international sports.

Al-Anani noted his ministry’s happiness to host major sports events at archaeological sites, as sports have always been an essential element of Ancient Egyptian civilisation. He added that championships such as this are a way to highlight Egypt’s unique culture. 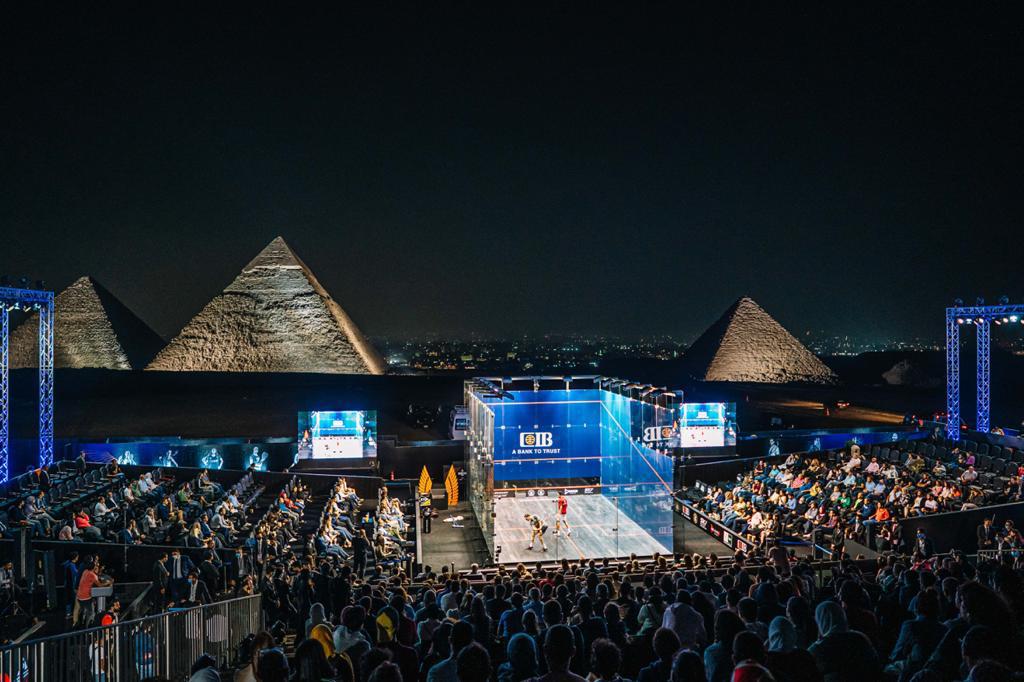 Al-Anani said that the CIB Egyptian Squash Open Championship has taken on a distinctive taste as the first sports event to take place at an archaeological site in Egypt since the start of the novel coronavirus (COVID-19) pandemic. Its occurrence also closely follows Egypt’s resumption of beach tourism at the beginning of July and cultural tourism at the beginning of September.

Abaza highlighted his appreciation for the Ministries of Tourism and Antiquities, and Youth and Sports, for their strong role in ensuring the CIB Egyptian Squash Open Championship’s return. He also congratulated the winners, and wished them further success in upcoming tournaments.

Mansi added that the championship this year has taken on a distinctive character, stemming from the private sector’s collaboration with the government, and the collaborative work of all the contributing parties.

He also said, “Without the sustainable support of CIB to the squash sport in Egypt, it would not have been possible to host the tournament this year.”

He also expressed his pride in Egypt’s ability to organise such an event, particularly given the circumstances brought on by the coronavirus pandemic.