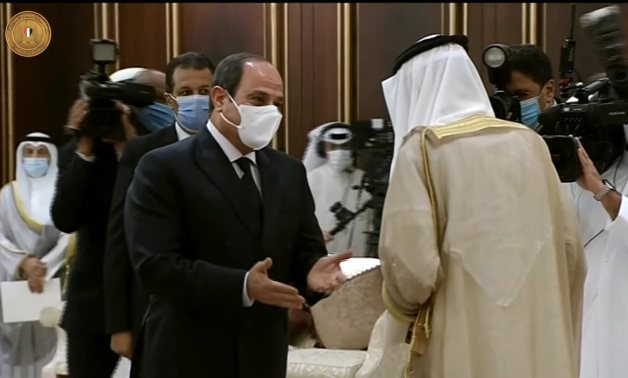 Egypt’s President Abdel Fattah Al-Sisi arrived in Kuwait on Thursday to offer his condolences on the death of Emir Sheikh Sabah Al-Ahmad Al-Sabah.

The late Emir had undergone surgery and was then flown to the United States for medical treatment in July. Sheikh Sabah died on Tuesday at 91 years old, according to Kuwait’s state-run news agency, KUNA.

New Emir Sheikh Nawaf, members of the Emir’s family, and several high-level officials have received the Egyptian president upon his arrival in Kuwait.

Al-Sisi announced three-day public mourning in Egypt after the death of Sheikh Sabah. The mourning period started Tuesday and will end on Thursday, according to a statement by presidential spokesperson Bassam Rady.

Gulf’s security is as significant as our own: Al-Sisi