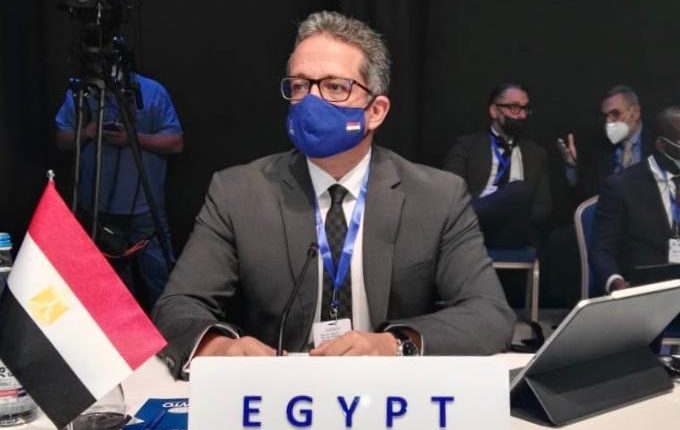 Egypt’s Minister of Tourism and Antiquities Khaled Al-Anani has suggested forming a committee to unify the precautionary measures and controls related to tourism and travel.

Al-Anani noted that many countries worldwide currently have different controls and procedures in place regarding how they deal with the novel coronavirus (COVID-19) pandemic.

The minister’s remarks came during his participation at the 112th session of the Executive Council of the World Tourism Organization (UNWTO), currently taking place in the Georgian capital, Tbilisi.

Al-Anani also suggested using “Travel Today” as an amendment of the organisation’s current slogan of “Travel Tomorrow”. He said that this would preserve this important industry that provides tens of millions of job opportunities worldwide.

The UNWTO Executive Council’s 112th session opened in Tbilisi, on Wednesday morning, in the presence of Georgia’s Prime Minister Giorgi Gakharia. A total of 170 ministers and officials responsible for tourism from 24 countries are participating in the council, which is set to run until 17 September, in addition international participants tuning in via video conference.

During the opening session, Al-Anani delivered a speech on Egypt’s behalf, in which he began by thanking Polikashvili for his visit to Egypt last August. The minister noted that Polikashvili’s visit was his first outside Europe after the emergence of the coronavirus crisis.

Al-Anani went on to review the precautionary measures and controls that Egypt has implemented to preserve the health and safety of tourists, citizens and tourism sector workers. The minister also reviewed Egypt’s successful experience in resuming tourism.