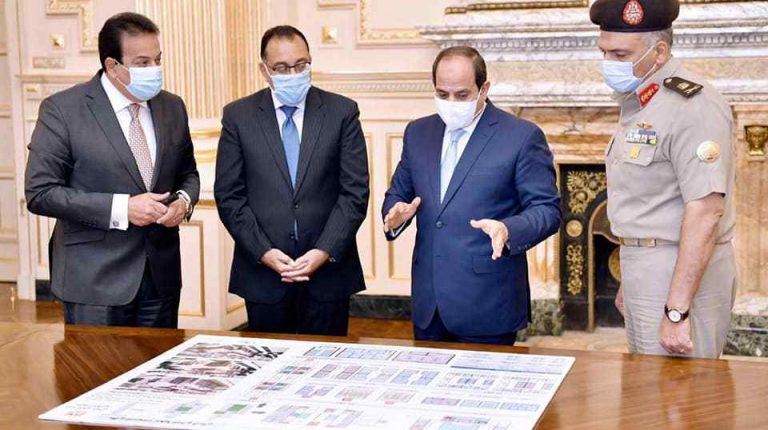 Egypt’s President Abdel Fattah Al-Sisi directed, on Tuesday, for funding the establishment of 10 new non-profit universities across Egypt that will run according to “high standards,” a presidency statement said.

The new universities will be in Ismailia, Port Said, Helwan, Benha, Minya, Beni Suef, Alexandria, Mansoura, Assiut and Aswan, with their academic studies to focus on modern technological sciences and advanced scientific disciplines.

During the meeting, Abdel Ghaffar reviewed his ministry’s plans, as well as the grade requirements for admission to elite faculties at Egypt’s public universities for the 2020/2021 academic year. He also reviewed the measures under which the new non-profit universities will operate.

Last month, the Egyptian government announced that it will establish four new non-profit universities, per a presidential decree, in South Sinai, Suez, New Mansoura, and Alamein.

Meanwhile, Al-Sisi was also briefed by Minister Shawky over his ministry’s plans for the comprehensive development of Egypt’s revamped education system, particularly the shift towards a digitised learning system and the new Thanaweya Amma (high school) system.

Shawky also reviewed the Ministry of Education’s strategy to enhance the skills of teachers and qualify them to cope with the new education system.

Al-Sisi called for the implementation of the state project to develop and modernise the country’s educational system. The President also directed the development of the exams system for Egyptian students living abroad and to expand on the use of modern technologies.

The new school year is set to start as the government intensifies its measure to curb the novel coronavirus (COVID-19) pandemic. Only last week, the government warned against pandemic complacency, and discussed the expected scenarios if a second wave of infections takes place in Egypt.