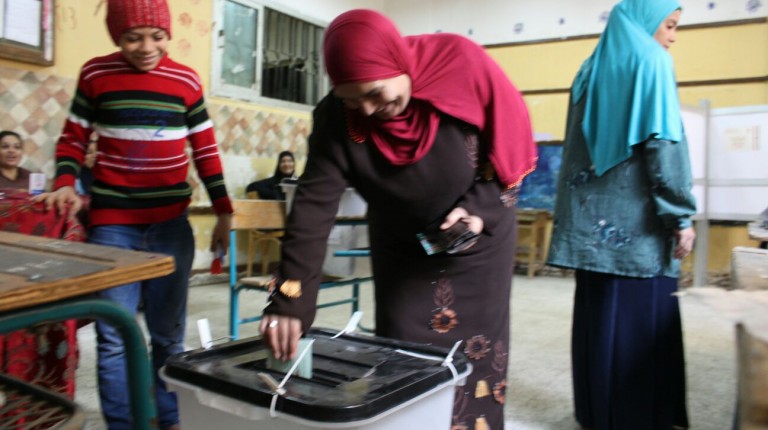 Sterilisation of polling stations across Egypt took place on Monday, ahead of the Senate elections on Tuesday and Wednesday, the National Elections Authority (NEA) announced.

The disinfection process will also be repeated as voting ends on Tuesday, the NEA also announced. As part of precautionary measures to curb the spread of the novel coronavirus (COVID-19), disinfection gates will be installed in front of every polling station, with all voters obliged to wear face masks.

Polling stations started preparations for the Senate elections inside the country, while expatriate voters, for whom voting took place on Sunday and Monday, cast their votes via email in senate elections.

A total of 787 candidates are competing for seats in the 300-seat second parliamentary chamber. Two-thirds of the members will be elected via the individual candidacy and the closed party list systems, and the rest will be appointed by the president. The senate’s term lasts for five years.

Expatriate Egyptians to vote in Senate elections on Sunday

Egyptian expatriates to vote in Senate elections next week