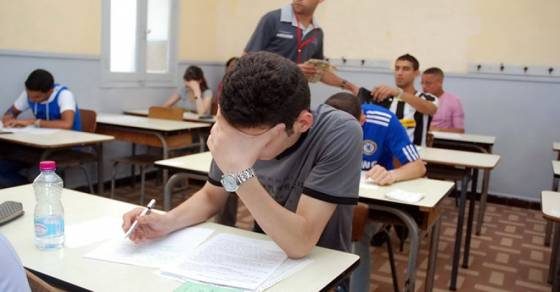 The Ministry of Education’s central operations room said, on Sunday, that it has uncovered three cases of academic misconduct using mobile phones during the Thanaweyya Amma (school leaving) exams.

The cases, which were reported on the third day of the exams, were discovered at exam committees in Assiut, Alexandria, and Menoufyia.

The ministry added that it had identified a student in Alexandria who was allegedly involved in leaking Sunday’s Dynamics exam.

The ministry’s operations room said that the student had released photos of the exam on social media in the run-up to the exam on Sunday.

The ministry’s technical committee reported that the Dynamics exam also included a multiple choice question with a missing answer from among the list of options. The committee asserted that the ministry would take the necessary measures to handle this situation accordingly.

Moreover, the Ministry of Education’s operations room added that one student and one exam invigilator in Cairo and Minya were transferred to hospital after reportedly showing signs of illness.

The Ministry has excluded two exam committee heads in the Red Sea and Sharqeya Governorates, due to the lack of discipline during exams.

Similarly, the Ministry of Interior has denied claims that some parents were crowding outside an exam committee in Cairo’s Maadi district.

The Thanaweyya Amma exams kicked off last week, amid strict preventive measures to curb the spread of the novel coronavirus (COVID-19) pandemic.

A total of 104,000 final year secondary school students in the mathematics department started their specialised exams, on Sunday, out of 650,000 students who are sitting this year’s tests across the country.