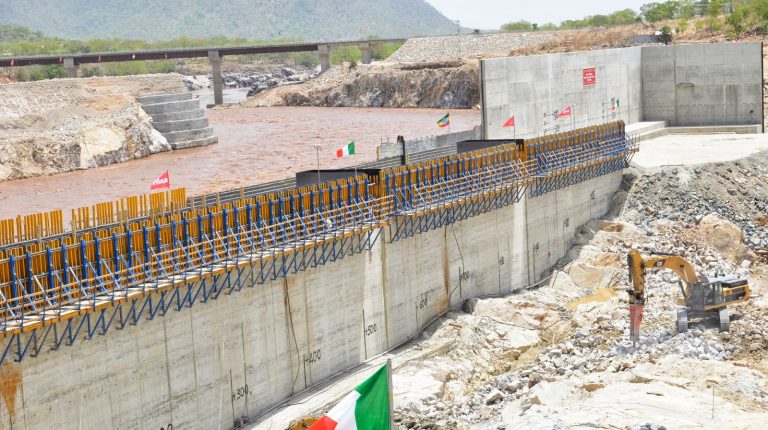 Minister of Foreign Affairs Sameh Shoukry said that Egypt has adhered to the course of negotiations regarding the Grand Ethiopian Renaissance Dam (GERD).

“Egypt filed a complaint to the United Nations Security Council (UNSC) to fulfil its responsibilities in keeping international peace and preventing Ethiopia from taking unilateral actions on the GERD,” Shoukry said.

He noted that there are doubts over Ethiopia’s political will to reach an agreement.

Talking to the Al Arabiya news channel on Sunday, Shoukry said Egypt has put forward a draft proposal for a fair agreement over the GERD. He added that Egypt has referred the issue to the UNSC after Ethiopia’s rejection of an agreement on the disputed points.

He described Egypt’s move in heading to the UNSC as “a sovereign resolution”, after Ethiopia’s frequent rejection of all mediations.

Shoukry criticised the “hostile rhetoric” of his Ethiopian counterpart, adding that Egypt has consistently offered political compromises on the issue.

In media statements on Saturday, Shoukry thanked Sudan for its efforts in bringing all parties together for dialogue.

He said that Egypt is not seeking any escalation on the matter, but looks forward to compromises that benefit the three countries involved in the negotiations, namely Egypt, Sudan and Ethiopia.

Egypt’s move to the UNSC followed Ethiopia’s announcement it will go ahead with filling the $4.6bn GERD project next month, despite their being no agreement on the matter. The three countries announced that GERD talks have failed to reach a compromise.

Egypt will be vocal in its actions if no GERD deal reached: Shoukry