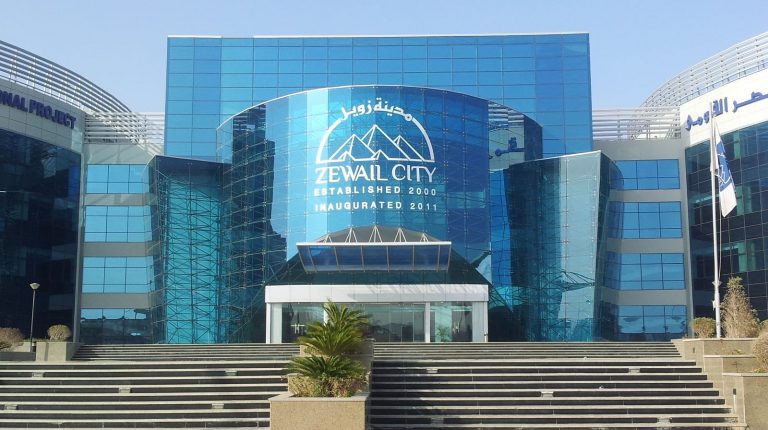 Zewail City of Science and Technology – Egypt’s national project for the scientific renaissance – is based on a vision that was developed to capture the imagination of the Egyptians and to prove the power of science in building the future.

Just as the Aswan High Dam provided the energy needed to build a strong industrial base, Zewail City will provide the energy needed for minds in the era of science, as a knowledge-based economy is the only way to improve and increase a country’s national productivity.

Despite the current economic difficulties, the Egyptians decided to invest in the future. The government provided the lands and facilities needed for that national project.

The citizens inside and outside the country started to donate, from children to businesspeople.

Daily News Egypt interviewed Chairperson of Zewail City Sherif Sedky about the situation of the project and its future plans.

What are the latest developments regarding the Zewail City project?

The second phase of the city is currently under construction by the Armed Forces Engineering Authority (AFEA), which is making unremitting efforts to complete the city according to the timetable and in a manner befitting such ambitious scientific project that has the patronage of the President.

The city needs EGP 2.2bn to complete the construction works, and despite that, the AFEA did not working on the project. We spent EGP 800m on building construction and infrastructure of the city.

The biggest challenge facing the city is the financial sustainability, whether for construction or education. There are students who cannot afford tuition fees, while the city is still paying construction arrears.

However, the state and the parliament always stressed their support of the project.

How much donations has Zewail City received?

Zewail City has received EGP 1.28bn in donations since inception. Annual grants and support from various institutions range between EGP 120-140m. Grants from banks also amount to EGP 30-32m annually. The project has not received any funding from abroad.

What are the most prominent bodies and institutions supporting the city and its students?

How much are the tuition fees in Zewail City?

Tuition fees this year is only 50% of the real cost, where most of the students get free grants. Students do not have to be rich to join the university.

How many did graduate from Zewail City? What did they do after graduation?

The first batch of science was graduated in June 2017, and the first engineering batch was in June 2018. They numbered about 450 graduates. The employment rate after graduation is 90%, and part of the graduates were appointed as teaching assistants in the city.

About 23% of the graduates were appointed in private sector companies, including Vodafone, KarmSolar, BMW, and Children’s Cancer Hospital. About 32% of the graduates received PhD scholarships, while others established their own companies.

How does Zewail City choose its students?

Students must be gifted and smart. High school grades should be 90% or more. We have acceptance tests that depend on the student’s understanding of basic sciences, like chemistry, physics, maths, and biology. We also conduct an interview and an English language test, and then set a date for candidates to come for assessing their financial situation to determine their tuition fees.

Who set the educational curricula in Zewail City?

All the curricula that students study are developed by Egyptians, and we try to serve future fields, such as new and renewable energy, nanotechnology, environment, biomedical research, and basic sciences such as Earth and universe physics. Late Nobel laureate Ahmed Zewail developed a future vision of the city’s curricula for up to 30 years. We have departments that do not exist in other universities.

What is the main goal of the city? Do you think Dr. Zewail’s dream was fulfilled?

Dr. Zewail’s personality was the main ingredient of success. He provided all the financial capabilities that allow this goal to be achieved at the highest international levels and gave me a full mandate to do this task as he dedicated his time to discuss all the details of the academic programmes and to ensure that they keep pace with the latest in global science.

We work on a firm institutional system, and therefore all regulations are certified and we do not allow exceptions. We can say that Zewail’s dream is fulfilled and the city is on the right path that he has drawn.

What are the outputs of Zewail City to society?

We always strive to find solutions to the strategic challenges facing society, graduating generations of researchers who have the ability to keep pace with the labour market, and awareness of the requirements of the Fourth Industrial Revolution because we weave solutions through scientific research, to solve the problems of society.

We have started experimenting and manufacturing many equipment and devices through workshops to solve problems in agriculture, industry, and energy. For example, we manufactured a machine that produces tonnes of extended-effect urea fertiliser, a solar-powered robot to clean solar cells, and laboratory devices in cooperation with the Arab Organization for Industrialization.

What about the solar energy plants to be implemented in the city?

Solar power stations are among our directions, so two solar stations will be established in cooperation with the Industrial Modernisation Centre and the National Project for Solar Cell Systems at a total cost of EGP 1.6m. They are an 80 kw station in the parking area and another 50 kw in an open area.

Walls of Fatimid Cairo, along with man who puzzled history