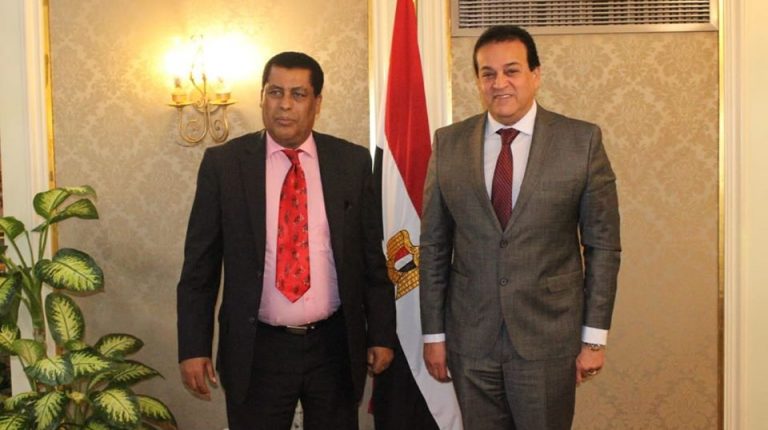 The Ethiopian ambassador to Egypt Dina Mufti met with Egypt’s Minister of Higher Education and Scientific Research Khaled Abdel Ghaffar to discuss boosting joint cooperation in the presence of senior officials of the ministry and the embassy, according to a Monday statement from the embassy.

“We will activate the cultural and scientific agreements between Egypt and Ethiopia,” Abdel Ghaffar noted.

For his part, Mufti assured the deep and historical relations between Egypt and Ethiopia, noting that potential collaboration in education and research are promising.

Mufti praised Egypt’s organising of the World Youth Forum (WYF) in Sharm El-Sheikh with 7000 young men and girls from different countries in the world, asserting that the participants had very intensive discussions while the presence of the Egyptian president Abdel Fattah Al-Sisi promoting the WYF’s importance.

Notably, a youth delegation participated in the WYF from 14 to 17 December 2019 headed by ambassador Mufti, before they also visited the embassy in Cairo and enjoyed a tourism programme to visit Egypt’s touristic sights.