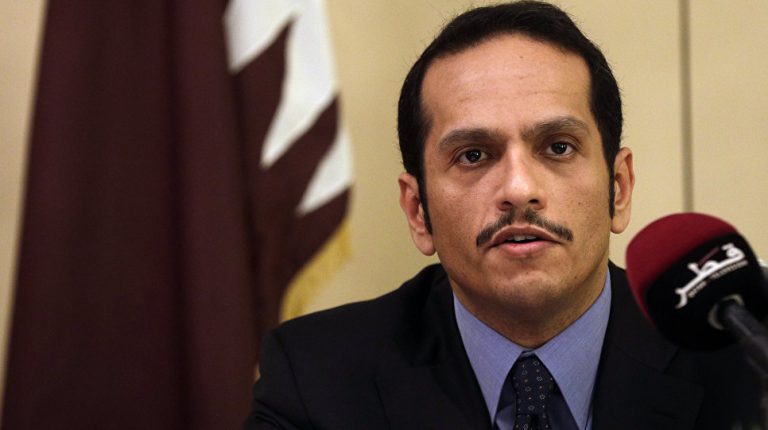 It came in a press statement to Reuters when asked whether there was any progress during the Gulf Cooperation Council summit held last week.

Emir of Qatar has turned down an invitation to attend the annual gathering of Gulf leaders held in Saudi Arabia, sending his prime minister instead.

Hopes were that the emir’s attendance would mark a turning point in efforts to end the regional rift.

Al-Thani stated last Friday that his country is involved in ongoing negotiations with Saudi Arabia related to the Gulf crisis, on the side lines of his participation in the 5th Mediterranean Dialogues in Rome.

“We have moved from a deadlock in the crisis into talks about the future vision of relations with Saudi Arabia,” he said.

Al-Thani’s statements came a week after the Egyptian representative at the International Court of Justice said “Egypt has cut ties with Qatar as a result of the Gulf state’s support to terror groups.”

On 5 June 2017, Egypt, Saudi Arabia, the United Arab Emirates, and Bahrain cut their diplomatic ties with Qatar over supporting terrorism, seconding Iran, and disturbing security and stability in the region. Doha has denied all these charges.