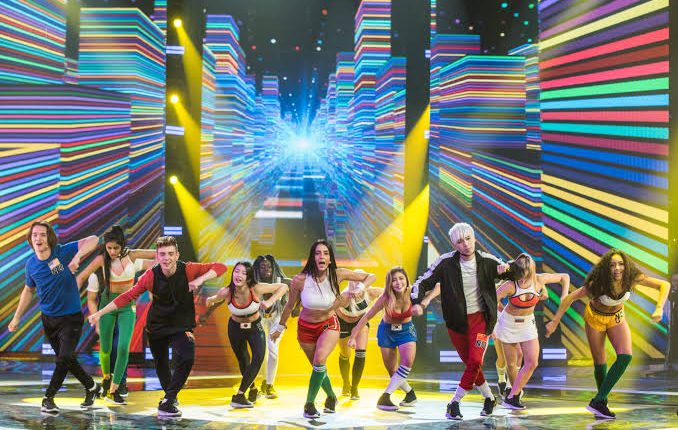 The screaming enthusiast fans who travelled from different areas to attend the Now United’s concert in Dubai last month, had no idea that one of them might soon join the 14-member young pop troupe.

Now United has announced earlier that another member from the Middle East and North Africa (MENA) could find space amid the diverse group of young pop talents. Now United is the world’s first global pop group which presents songs based on diversified inputs from across the world.

The campaign, kicked off earlier this month, called for talented youth to send samples of their performance online. The campaign comes in partnership with Pepsi.

“Finding a member from the Middle East will bring so much to our group. The fact that this region is the connection between East and West means it brings a fascinating and exotic cultural mix. The music, the dance, and the fashion of the Middle East are warm, sophisticated, and intensely exotic. We will gain so much from all these new influences,” Simon Fuller, the founder of Now United told Daily News Egypt.

The pop music icon explained that having a Middle Eastern member in his band is his current “top priority” as the founder of the world band.

With members from India, Brazil, UK, Mexico, Philippines, Finland, South Korea, Senegal, China, Japan, Germany, Russia, Canada, and US, the Middle East seems to be the missing element to complete the miscellany grid.

Since establishing the group two years ago, Simon worked on absorbing the diversity of the regions presented in the music, aiming to make everyone in the band find a piece of himself in the final track.

Now United is the vision of Simon Fuller, one of the most respected and successful music entrepreneurs of all time, who has been responsible for over 500 Number One hits worldwide, and who inspired the careers of Spice Girls, Amy Winehouse, Annie Lennox, Kelly Clarkson, and Carrie Underwood.

When it comes to music, Fuller believes that adding a member from the Middle East only comes to add the diversity of the music, which is one of the most remarkable elements of the Now United.

“The beauty and uniqueness of Now United is that because of all of the different cultural influences and the authenticity of our message and sound, it means we can make any style of music. We are not limited to one sound or one beat. We are positive, dynamic, and heartfelt with all that we do. We have a sound of optimism and celebration and have a connective sound that can touch any person from anywhere in the world. There is nothing we can’t do!” he added.

Hundreds of the band’s 40-million fan base across the world have sent audition videos online to be the MENA representative in the group, in what was described by Fuller as “an overwhelming extent of the number of interactions.”

While believing the music is the world’s common language, the band creator still finds the Middle Eastern music splendiferous, which leaves him with fascination towards its artists.

“I have been incredibly impressed by the music scene in the Middle East. There is a confidence and excitement about the music scene in this region that I haven’t seen before. Young people are exploring music and dance in so many new ways. It is creating a strong local sound and at the same time embracing sounds from other countries. There has never been a better time to be connecting to the young people of the Middle East. It is exciting, people seem happy and very receptive to the joys of positive uplifting entertainment,” Fuller concluded.

The Doodle Factory: Fashion with Impact

London stabbing preparator was convicted in 2012 for terrorism offences