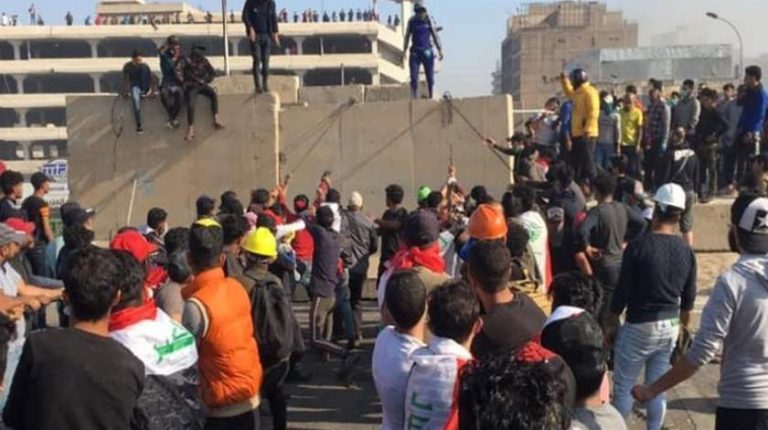 Iraqi anti-government protesters took full control of the strategic Khilani Square and part of Sinak bridge in central Baghdad, leading to the Green Zone which houses government buildings and several foreign embassies on Saturday, while others in Basra prevented trucks from entering the southern port of Umm Qasr, Iraqi local media reported.

Moreover, at least two people were killed, while 12 others were wounded in a deadly bomb explosion late on Friday, in Baghdad’s Tahrir (Liberation) Square, according to security sources and medics.

Although the explosive device was placed under a vehicle in central Baghdad, the hub of anti-government protests, it was not clear if the explosion close to Tahrir Square targeted protesters.

Meanwhile, Iraqi security forces killed at least three people and wounded 40 others after firing live bullets and tear gas on Friday at the demonstrators in Baghdad, in addition to erecting barriers to prevent the demonstrations from entering the Green Zone.