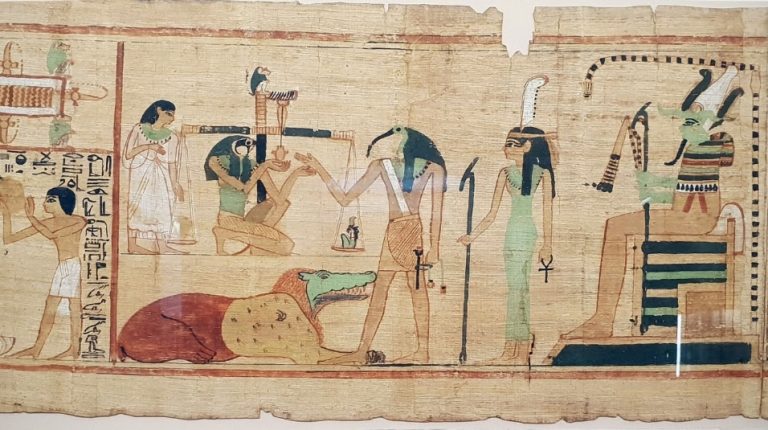 Ancient Egyptians collected Sacred Ibises from their natural habitats to be ritually sacrificed then mummified in the holy traditions of the ancient Egyptian gods.

According to the findings of a recent study, mummified bodies of Sacred Ibises were found at the Egyptian catacombs that are famous for this kind of bird. Findings from the paper suggest that priests sustained short-term taming of the wild Sacred Ibis in local lakes or wetlands.

DNA studies reject the idea that Egyptians domesticated Sacred Ibis for ritual use.

Sacrificing birds was a common practice between 664 BC and 250 AD, and was also worshipped in ritual service to the god Thoth, and subsequently mummified.

The study published on Wednesday in PLOS One journal by researchers at Griffith University, Australia, explained that these mummified birds were found stacked floor to ceiling along kilometres of catacombs in ancient sites across Egypt, totalling millions of birds.

For centuries, scientists were amazed from where the ancient Egyptians got access to so many of these birds.

Despite some ancient texts indicating long-term farming and domestication may have been employed, the researchers in the current study collected DNA from 40 mummified Sacred Ibis specimens from six Egyptian catacombs dating to around 2500 years ago and 26 modern specimens from across Africa.

14 of the mummies and all of the modern specimens yielded complete mitochondrial genome sequences. These data allowed researchers to compare genetic diversity between wild populations and sacrificed collections.

The researchers found that the genetic diversity of mummified Ibises within and between catacombs was similar to that of modern wild populations.

This suggests that the birds were not the result of centralised farming, but short-term taming. The authors suggest that the birds were likely tended in their natural habitats or perhaps farmed only in the times of year they were needed for sacrifice.