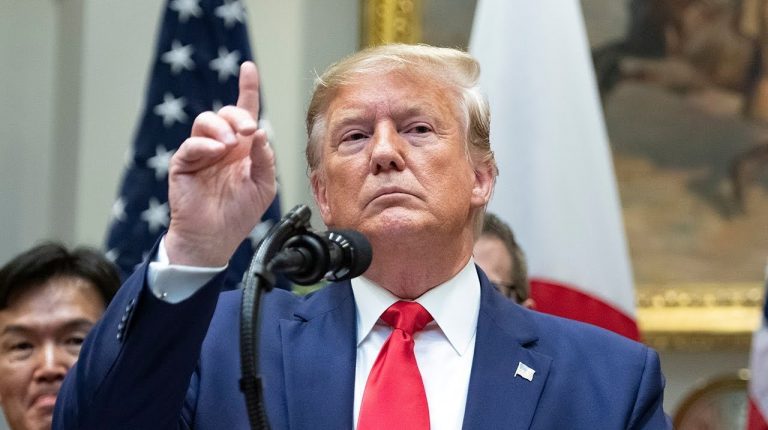 Somehow it always comes differently than you expect when dealing with Donald Trump. A few days ago, the US House of Representatives voted to formalise its impeachment inquiry against President Trump after his infamous call with the Ukrainian President Volodymyr Zelensky, the popular former television comedian who took office in May. During that phone call, Trump perhaps improperly used his position to try to coerce Zelensky into investigating Trump’s 2020 political opponent, former vice president Joe Biden, by withholding military aid to the Eastern European country. This vote is a historic event as it is only the third time in modern history for the House of Representatives to take a vote on an impeachment inquiry into a sitting president. However, this vote revealed that there is an obvious divide in opinion, although there were 232 to 196 in favour of the inquiry. Surprisingly, almost half of the House of Representatives did not support the impeachment inquiry against Trump. In fact, the “support” category does not mean that the member supports impeachment; it only means that he or she has indicated support for a formal investigation into the president’s actions. Thus, 43% views that there is no need to investigate the president despite all the evidence and all his erratic, unpredictable, and irrational actions, recognising the whole issue as a “political witch hunt”.

This was always the way with the most controversial president in the American history, who represents a political riddle for both Democrats and Republicans. Ironically, till the present moment, the Democrats have little understanding of how he won the elections of 2016. He insulted major voting groups like Latinos, when most Republicans were trying to gain their support. He wanted to deport 11 million immigrants. He wanted to stop all Muslims from entering the country.  He is not religious and scorns religious practices, yet the Evangelicals love him. He gave rise to various manifestations of racism more suited to a colonial society than a modern democratic state. He was even against his own party. Despite being the Republican Party’s nominee, Trump campaigned as a political outsider on a platform of eclectic policy ideas. Although the Republicans hate eminent domain, which refers to the power of the government to take private property and convert it into public use, and love the Trans-Pacific Partnership (the TPP trade deal); he declared the opposite views on both. In fact, many Republicans don’t see him as a Republican and are trying to stop him, but don’t know how.

Apparently, Trump’s key to success lays in his Trumponomics, or his economic policies,  which were outlined in his campaign pledges, including trade protectionism, individual and corporate tax reform, and the repeal of the Patient Protection and Affordable Care Act.  According to a very recent economic report issued in September 2019 by the White House, the Americans of all backgrounds are experiencing economic success in the Trump economy. The report also emphasises that the strong Trump economy has created an environment where job opportunities are plenty and Americans are lifted out of poverty. These statements are also emphasised by both local and international media. According to the Associated Press, the poverty rate fell to 11.8%, the lowest annual level since 2001. Similarly, Washington Examiner asserts that the unemployment rate among black Americans hit a record low in August, narrowing the gap in unemployment rates between white and black Americans. Trump himself was also keen to brag about his economic achievements on his Twitter account on 9 September 2018. He tweeted, “Trump has set Economic Growth on fire. During his time in office, the economy has achieved feats most experts thought impossible. GDP is growing at a +3% rate. The unemployment rate is near a 50-year-low. Also, the stock market is up almost 50% since election!” Hence, it became clear that why he has lots of supporters despite of the fact that Trump has led the “most unethical presidency” in the US history, according to a scathing report by Citizens for Responsibility and Ethics in Washington (CREW). Obviously, in the age of Trump, people decided to sacrifice the principals of democracy and the Rule of law for the immediate financial gains, overlooking the destructive effects of their choice on the long run.

It is exactly this utilitarian view point that started to dominate our choices and our way of thinking in general that makes of Dürrenmatt’s most famous Swiss comedy The Visit (1956), the best choice or the next theatrical season. The play tells the story of Claire Zachanassian, an impenetrably terrifying woman, who returns to her hometown as the world’s richest woman. The locals hope her arrival signals a change in their fortunes, but they soon realise that prosperity will only come at a terrible price. The village has fallen on hard times, and the townspeople hope that Claire will provide them with much-needed funds. However, she offers the villagers the sum of one billion Swiss francs under the condition that someone kills the owner of the village shop. Of course, the comedy discusses big questions of justice and morality, but as we watch, it mainly makes us laugh, judge, and draw parallels to the current political scene. The main theme of the tragicomedy is also the utilitarianism, which is an ethical theory that distinguishes right from wrong with respect to outcomes. The school of thought believes that the most ethical choice is one which benefits the majority. In fact, thinking about difficult moral questions with the help of literature is more playful, and dissolves all limitations. In February 2020, Pulitzer-winning playwright Tony Kushner will debut on the National Theatre, London, a new adaptation of Friedrich Dürrenmatt’s The Visit, offering a post-war American context for his new version of the blackly comic masterpiece.

Marwa El-Shinawy holds a PhD in American theatre, and is a member of the Higher Committee for Contemporary and Experimental Theatre

Ukrainian plane crash in Iran kills 176 on board, no survivors

The Bernina GT: A breathtaking experience

Iran to take its fourth step to reduce JCPOA commitments