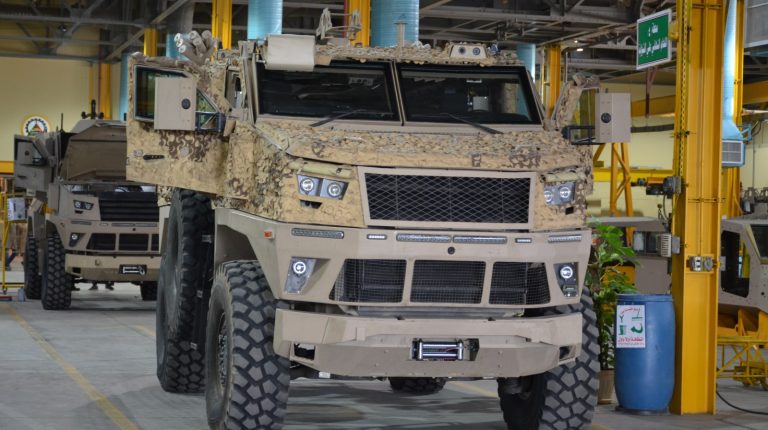 Egypt is producing an armored vehicles with ejectable escape crew capsules that can afford full protection to its crew when a blast occurs.

Local media reports indicated that the Egyptian-made armored vehicle can be split into two parts when explosion ejecting the escape crew capsule, which can be installed in another vehicle. Moreover, the armored vehicle’s seats are equipped with shock absorption technology.

According to statements by the Deputy Chairperson of the National Authority of Military Production, Hassan Abdul Magid, the ministry has received a request from its Saudi counterpart to conduct a practical test for the aforementioned armored vehicle, named ST-100 and its smaller version ST-500. The test is planned to take place in the desert of the Saudi capital of Riyadh to pave the way for its import.

Abdul Magid’s statements came during a press conference at a celebration held at the Ministry of Military Production. He noted that the ministry approved the Saudi request, and is preparing for the test during November.

He added that Saudi Arabia is the second country to request the import of the Egyptian-made armored vehicles after being tested in the UAE desert last August, explaining that final export contracts are expected to be signed with the UAE side in the coming period.

Through an earlier press interview with the private-run newspaper Al-Mal, Yousry El-Nemr, Chairperson  of the Military Factory 200, said that the ST-100 are 100% Egyptian made, and its actual production has started a year ago.

The Egyptian armored vehicle was presented at the exhibition Edex 2018 in Egypt and Idex 2019 in the UAE.

El-Nemr asserted that the armored ST-100 was well received and accepted by specialists, noting that there are international demands to obtain it, pointing out that there is a plan to increase production capacity from this armored vehicle to 1,000 vehicles per year.

He explained that the price of the armored vehicle is different and varies according to its military equipment as requested by the customer, pointing out that the proportion of the local component constitutes about 50%, while the design, installation, and implementation is 100% Egyptian.

The ST-100 MRAP is a multi-task vehicle, which can be equipped, as needed, to perform different types of tasks such as: Attack / Intervention, according to the Arab Security and Defense website.

The weight of the armored vehicle is 14.5 tonnes and can reach up to 18 tonnes with a maximum load. Its length is 6.4 metres, with a width of up to 2.6 metres, a height of 3.8 metres, and can carry five persons, including the driver, commander, and three others, running at a maximum speed of 115 km/h.

The ST-100’s unique design is dedicated to address IED and mines as its design comes in the form of a V shape from the bottom, which puts it in the category of vehicles resistant to mines, it can be classified as Mine Resistant Ambush Protected (MRAP) vehicle.

The armor has a range of cameras and thermal sensors to support the driver and transmit everything around them to the crew’s internal screens, to ensure awareness of the situation surrounding the the area of operation.

The vehicle can be armed with a remote-controlled weapon station equipped with multi-caliber machine guns, 30mm grenade launchers, anti-tank rocket launchers or mortar-carrying vehicles other than smoke bombers.

Merkel to talk business during trip to oil-rich nations