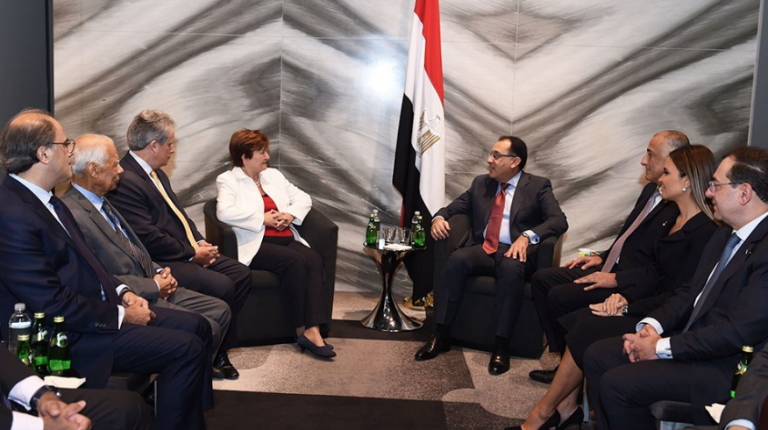 The WB’s President David Malpass tweeted that Madbouly along with his team had “discussed private enterprise and policies to create broad-based growth,” adding that “opening markets and sound rule of law are key.”

During the meetings, Madbouly reviewed the measures taken by the Egyptian government to encourage the private sector’s investments.

On the sideline of world bank’s annual meeting, the Egyptian Minister of Investment and International Cooperation Sahar Nasr, had a meeting with the World Bank’s Vice President for the Middle East and North Africa Ferid Belhaj, in which they agreed to increase the cooperation with the Bank in the field of infrastructure.

The cooperation will support the initiative of digital transformation in Africa, activate regional integration, and transforming Egypt into a regional centre for energy export via renewable energy projects.

The cooperation will also focus on supporting the health and education sectors in Egypt under the initiative of the president Abdel Fattah Al-Sisi to invest in human capital.

In another meeting with the IMF’s Managing Director Kristalina Georgieva, Madbouly reviewed the financial and economic reforms undertaken by the government and the results reached on the management of public assets.

“This is a moment of opportunity to further advance reforms to achieve more inclusive private-sector-led growth and job creation,” she added.

Madbouly also discussed with the US Secretary of Energy Rick Perry, ways of boosting cooperation in the fields of energy, electricity, and clean coal technology.

Moreover, the Egyptian PM met the US Vice president Mike Pence at the White House. They discussed means to enhance bilateral relations and strengthen cooperation in various domains.

The two officials also exchanged views on regional security issues, as well as the latest developments at the regional and global levels.