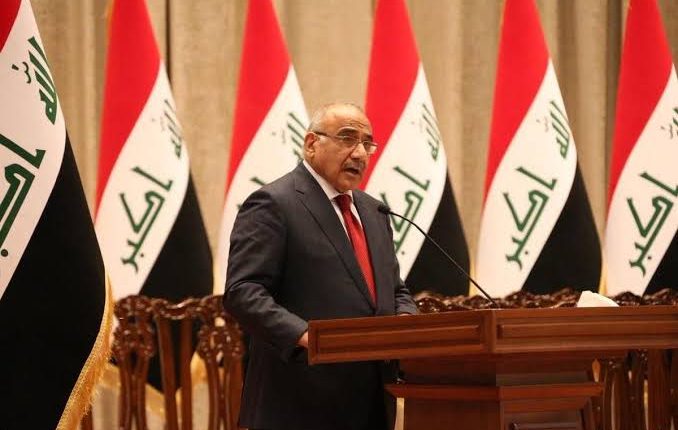 Al Jazeera citied Abdul-Mahdi as saying some investigations carried out by Iraqi authorities indicated that Israel was behind some of the attacks against the PMC, but the government still lacked “tangible evidence.”

Meanwhile, the spokesperson for the Israeli military declined to comment on Abdul-Mahdi’s accusation.

This is the first time for the Iraqi government to directly blame Israel. However, the PMC has repeatedly blamed Israel for striking their bases and weapon depots using unmanned aircrafts.

Hopping to de-escalate the tensions in the Gulf region, Abdul-Mahdi said that many countries including Iraq “can offer a solution or a place for a solution to be found,” in order to prevent further war in the region, asserting that Iran and Saudi Arabia are ready to negotiate.

Abdul-Mahdi had also emphasized the importance of stopping the conflict in Yemen as the key to solve problems in the Gulf, adding that Saudi Arabia is locked in a war against the Iran-aligned Houthi rebels in the country.

Humanitarian organisations halt activities in Yemen after attacks on buildings