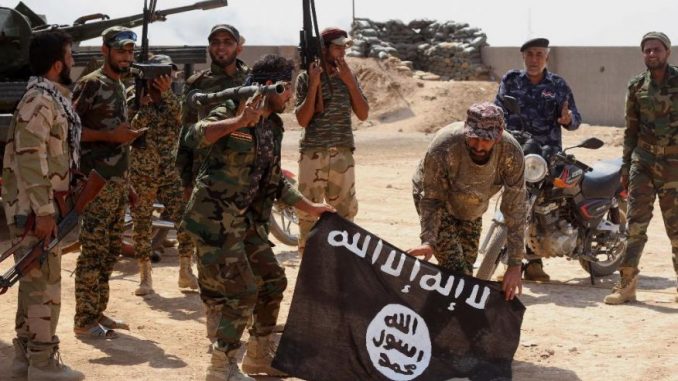 The official spokesperson of Egypt’s Foreign Affairs Ministry, Ahmed Hafez, recently said that field victories achieved against the Islamic State (IS) are not considered the end, asserting the necessity to continue combating terrorism in all its shapes.

Hafez’s words came during Egypt’s participation in meetings of The International Alliance’s Communication Strategy Working Group that is affiliated with the International alliance against the IS. The meetings took place on July 11 and 12 in Washington.

He noted that the only way to eradicate terrorism is to have a unified international approach regarding the confrontations with terrorist organisations. This confrontation should target all levels including the extremist IS rhetoric and ideologies that promote terrorism through media outlets.

He added that Egypt’s delegation, which is participating in the aforementioned meetings, explained that Egypt’s vision to combat terrorism is based on first facing extremist ideologies and the efforts of President Abdel Fattah Al-Sisi to renew the religious rhetoric, in addition to the role adopted by Egypt’s Muslim largest beacon of Al-Azhar to end terrorism.

Hafez asserted that Egypt will keep its support to The International Alliance’s Communication Strategy Working Group to combat terrorism through the experiences it gained in its war against extremism and terrorism, beside the high rank of its religious institutions such as Al-Azhar.

At least 26 killed in terrorist attack on hotel in Somalia

Remembering 103 battalion’s brave battle against IS in Sinai